The reason for this incomplete understanding of Judaism is simple. For nearly 2000 years, Diaspora yeshiva learning concentrated on proper moral behavior, and on the private, individual commandments that we could still perform in the exile. Without a Jewish Land of our own, matters concerning the monarchy of Israel, the army of Israel, the Sanhedrin, the laws of the Beit HaMikdash, and the agricultural laws which can only be performed in Eretz Yisrael, went unlearned, subjects which comprise nearly two thirds of the Mishna. The understanding of Israel’s Redemption and how it comes about was ignored, because, in our lowly state in the exile, totally dependent upon the gentiles, Geula was beyond our ability to achieve, something reserved for the coming of Mashiach, may he come soon. “Next Year in Jerusalem” became a mantra that no one could conceivably imagine how it would come to pass – until Hashem rose Medinat Yisrael up from the ashes of the Holocaust and opened the gates of aliyah.

In his classic work, “Orot,” Rabbi Avraham Yitzhak HaKohen Kook writes that our unhealthy attachment to the Diaspora results from not learning the deeper understandings of Torah. He writes:

“We are not rejecting any form of Judaism, or contemplation, which is founded on truthfulness, on sensitivity of thought, or on the fear of Heaven, in whatever form it takes; but only rejecting the specific aspect of this perspective which seeks to negate the secrets of Torah and their great influence on the spirit of the Nation — for this is a tragedy which we are obligated to fight against with counsel and wisdom, with holiness and with valor” (Orot, 1:2).

In a similar light, this blog is not coming to reject, or condemn, any practice of Judaism which is based on a sincere fear of Heaven, nor to reject or condemn any Jew, or Jewish community, God forbid. The blogs we write come to reject only the misunderstanding of Judaism which negates the centrality of the Land of Israel to the Torah and to the vitality of Jewish life. In the words of Rabbi Kook, “…this is a tragedy which we are obligated to fight against with counsel and wisdom, with holiness and with valor.”

Because the deeper understandings of our National essence as the Nation of Israel weren’t learned in the exile, and because of the pernicious influence of the gentile cultures which surround us in the Diaspora, our true Jewish thinking and identity become polluted, making it difficult to understand these matters. Let me give a few simple examples.

On my last visit to America, 12 years ago, when I came to Florida to bring my aging parents to live in Israel, I walked into one of the shuls in Boca and noticed a flyer on the bulletin board. Over a picture of the Capitol Building in WDC, the headline read: “This Summer Visit Our Nation’s Capital with the Rabbi.” Now, of course, the eternal capital of the Jewish People is Jerusalem, not Washington. But when you grow up in a foreign place like America and don’t learn the deeper sides of the Torah, you can end up thinking that you are an American like everyone else.

Another time before that, I was in Toronto recruiting students for a yeshiva in Israel. I was cordially invited to speak in a shul, and when I arrived a little early, I noticed a copy of the local Jewish newspaper. On the cover was a photo of the Toronto skyline and the space needle, with the caption: “Looking Forward to Another Decade of Jewish Life in Toronto.” I held up the newspaper during my speech and said, “What’s going on here? Everything I learn teaches that a Jew is supposed to look forward to the next decade of Jewish life in Jerusalem. Not Toronto. I have the feeling that if the Mashiach came today he would be spoiling your plans.”

One last example of how our heads get screwed up in foreign lands. A guest from America visited us in our Sukkah this year. He said that when his El Al flight landed at Ben Gurion Airport the group of American yeshiva studnets on the flight burst into a big cheer. He thought it was over their exuberance in reaching Israel, but it turned out that they had just gotten word that their favorite baseball team had won a World Series game. 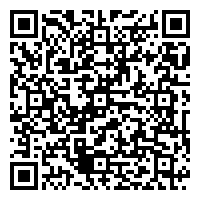