Israel is in the midst of a cultural battle. Israel’s new Minister of Cultural, Miri Regev, has moved boldly forward to smash the Left’s monopoly over the Arts, and over the government coffers which, from the creation of the State, have poured hundreds of millions of shekels into the movies, theaters, TV shows, and novelists of the Left, while handing out meager crumbs to dati artists and artists who hold rightist views. With their typical hubris, the Left claims that there are no rightist artists, novelists, filmmakers, playwrights, painters, or poets, as if they, and they alone, are the only Jews possessing intelligence, worldliness, sensitivity, and creativity. And, of course, anytime that there is a political crisis in Israel, the leftist media rushes to their favorite leftist novelists to ask their enlightened opinion on the political matter in question, as if, in their great liberal brilliance, they know better than anyone else.

Needless to say, no leftist journalist has ever called me up to ask my opinion about anything. Even though one of America’s biggest publishers published my first novel, and even though I have sold screenplays to Hollywood, and been an instructor for five years at New York University’s prestigious School of the Arts, and even though I have 20 books for sale on Amazon on a wide range of themes, and am the director of a movie in the running for Israel’s Academy Award – my phone doesn’t ring.


If it did, here’s what I would tell them:

1 – Any enemy attack on the soldiers, civilians, or cities of Israel should be avenged with a devastating counter attack and the total destruction of enemy infrastructure. Both the perpetrators and their leaders should be killed.

2 – The Israeli Air Force should immediately destroy the atomic reactors in Iran, and if Iran should retaliate, Teheran should be erased from the map without asking permission from the White House.

3 – A new peace initiative must be adopted. All of the Arabs in Israel should be relocated to other countries. An international transfer plan must be negotiated and implemented whereby the Jews of the Diaspora will immigrate to Israel and live in the cities and refugee camps abandoned by the Arabs, and the Arabs leaving Israel will be given the villas and luxury apartments of the Diaspora Jews. The Arabs living in Gaza will be transferred to Crown Heights, Borough Park, and Williamsburg, and the Jews of Brooklyn, Monsey, and Lakewood, will be relocated to Gaza.

4 – In order to insure the successful immigration of Diaspora Jews to Israel, golf courses will be built in the Galilee, the Gaza Strip, and in the proximity of Ramallah, areas where the majority of Diaspora Jews will be housed. The Israel Ministry of Commerce will encourage discount chain stores like Marshall’s and K Mart to open branches in Israel. Entenmann’s Bakeries will be relocated to Israel. A large, modern, motion picture studio, under the technical directorship of Steven Spielberg, will be built in the Negev, along the model of Universal Studios, to provide employment for the Jews of Hollywood, who will be put to work making Torah films for world distribution, under my supervision. Also in the Negev, the world’s biggest Hi-Tech Industrial Park, to be called the “City of Vision,” will be built for the relocation of Diaspora brain power. The work on building the city and its infrastructure will provide jobs for both Olim and veteran Israelis, erasing unemployment. Before coming to Israel, all Jewish men from the Diaspora who are married to non-Jews will be forced to leave their wives, as in the days of the prophet, Ezra. Halachic conversions will be available for serious candidates only. 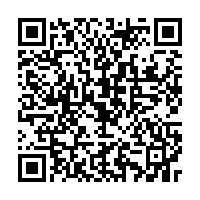