So religiously, there are clear distinctions between men and women in Judaism. Socially, the trend is toward looser gender roles even within the Orthodox Jewish community. Religious matters are pretty much incontrovertible. Social matters are not only less rigid, they are changing before our very eyes.

But there is a giant area of overlap between the two. There are things that are most likely a result of social conditions that have found their way into religious law or accepted practice. This is the area with all the action.

Women shaking arba minim, women counting the Omer, women’s prayer groups, women halachic advisors, women donning a tallis or tefillin, women dancing with the Torah on Simchas Torah, women reading from the Torah for other women, etc. These issues are matters that relate to religious practice but are not explicitly prohibited by the Torah or even by Chazal. Yet, over time standards and expectations have evolved into normative practice. Some have even been addressed explicitly by Gaonim, Rishonim, Achronim, and recent poskim.

This creates an area of great tension. Some people value the authority of the decisions by halachic codifiers and rabbis. If the Rema makes an authoritative statement then it is binding on Orthodox Jews because the Rema’s authority extends to these areas. If the Mishneh Brurah issues a psak, it becomes authoritative too.

Other people value the open-ended nature of halachic position of the early authorities like the Talmud. If the Talmud permits something, then it remains permissible. To them, the fact that things evolved later on can be attributed to culture and social mores and cannot prohibit that which was permitted by the Talmud.

It seems to me that this is the core of the recent debate about women wearing tefillin. But it’s really much more than that. These differing views really explain every single one of the issues in the area where religion and social gender roles overlap. In some examples, the traditionalists have yielded to the “whims” of modernity. In other examples, it seems impossible that things will change.

Finally, I don’t expect naturally conservative or traditionally minded people to just change their mind on feminism. But I do find the extreme aversion to the movement more than a bit disturbing. I have heard rabbis compare feminism to heretical movements. Orthodox Judaism is not inherently anti-feminist in a social sense. The Torah does not require men to work and women to stay in the home. Nor does the Torah require that boys play with tools and that girls play with My Little Pony. I see no reason that Orthodox Jews should see feminism as such a great threat. If anything, I believe anti-feminism poses a far greater threat to Orthodox Judaism. If we cannot somewhat synchronize Judaism with modern culture, we will be forced to retreat out of the modern world and create ghettos completely isolated from the rest of the world. That would not be ideal. 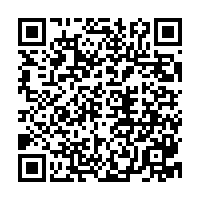