Because it so often bravely challenges the Zionist narrative (read, for example, about Melanie Philips’ most recent experience) I never miss an episode of BBC’s Question Time. I ended up listening to it (as opposed to watching it) on 30 January and I have to say it was especially exhilarating because there was completely uniform acceptance (by the panel and the audience) of our leftist narrative on every single issue (although sadly, for once the Zionist entity was not mentioned). Given that the panel always includes one ‘Conservative’ you might think I am exaggerating – until I tell you that the ‘Conservative’ was Ken Clarke MP (who I think may have disagreed with some of the more heroic views expressed but was too laid back to bother saying so). I understand the other panelists were shadow attorney general Emily Thornberry MP, Liberal Democrat peer Lord Oakeshott, comedian and feminist activist Kate Smurthwaite, and director general of the Institute of Economic Affairs Mark Littlewood.Bravo to them!!

To give an example of their sharp thinking, one of the questions was about the recent decision by the UK Government to give another £600million for Syrian aid and to allow the immediate entry of Syrian refugees to the UK. The panel were in total agreement that not only was all of this obviously the right thing to do, but that it was a scandal that the UK was not doing much more. But one fool in the audience had the audacity to say something like “why are we giving all this massive support to Syrians when there are millions of old people suffering hardship in the UK and many affected by the floods who are getting no government support”. The answer (I think from Emily Thornberry) to thunderous and sustained applause was: “Because, unlike the people in the UK, the Syrians did not choose to be the victims of a terrible civil war”. Analysing the brilliance of that statement deserves a blog posting all of its own (at some point in the future I will write one about it).

There was much more brilliance along those lines, but both of the women on the panel (I was listening but not watching) sounded exactly like my marvellous best friend Camilla with every utterance more incisive than the previous way and each being greeted by even louder applause. The men on the panel simply agreed with everything they said. In fact, based on what I heard I am delighted to report that there is NO alternative voice allowed. So, based only on comments from one program, I think it is safe to assume that if you want to appear on Question Time – either as a panel member or audience member it is mandatory for you to believe all of the following:

And, of course, you will be very pleased to known that one of next week’s guests is none other than my former employee George Galloway; so to get on the program you will also need to add the obligatory beliefs about the Middle East and Israel (see full list here and here).

If all that was not uplifting enough, following Question Time was the Andrew Neil programme where he and his guests essentially repeated everything that was agreed on Question Time (and Andrew Neil is also supposed to be a ‘conservative’). There was, however, one dissenting voice: a Syrian woman interviewed by Andrew Neil who said the Syrian refugees should go to Arab countries not the UK because their culture and language was the same whereas it was completely alien to the UK. Fortunately Andrew Neil literally laughed at her saying, correctly, that we must not allow the Syrians to go to Arab countries because they would be repressed. He said that wealthy Arab countries like Saudi Arabia were out of the question because ‘the women would be forced to cover up’ (and ‘we’ in the UK must not allow that to happen), while the ‘other Arab countries are too poor or overcrowded’. And luckily for all of us, there are no such countries called UAE, Qatar, Bahrein etc. 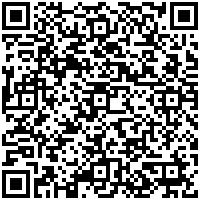