In many ways Mormons are like American Orthodox Jews. We share many values and our lifestyles are very similar. One thing that we share is the emphasis on modesty. The rules of modesty in Mormonism are far less rigid than they are in orthodox Judaism, but they are taken just as seriously. Their rules sound like 20th century rules and ours sound like 16th century rules. All this makes perfect sense considering when our books of law were codified.

One thing Mormons do at the tender age of 19 is they go on Missions. We have Project SEED programs. It’s basically the same idea.


For many young Mormons it is their first real contact with non-Mormons on a regular basis. Obviously this creates new challenges for the missionaries. It seems that dealing with the relative immodesty of non-Mormons when compared with what they are accustomed to is a particularly difficult challenge.

Mormons are expected to be chaste in every possible way and this can be particularly difficult for young men.

A young man on a Mission where clothing is worn sparingly writes of his personal struggles. It is fascinating to hear him talk in Mormon terms about struggles that he shares with young Yeshiva students. What is most interesting is where he takes the article. I recommend reading the article for its content but also to compare it with our values and terminology.

He wants things to change. In short, he uses anecdotal evidence, scientific studies, and logic to argue that the overemphasis on modesty has the opposite of its intended effect. Instead of making it easier for men it makes it harder for men. Further, it does not ensure that women are thought of in the purest of terms. Finally, it reinforces unfortunate stereotypes about pleasure and intimacy that can have negative consequences later on in life and throughout marriage.

He concludes that it is time to rethink old ideas about sexuality in the Mormon Church.

I sense that a similar conversation is brewing in the orthodox Jewish community. All the talk of Tznius is having an opposite of its desired effect on so many people in our community. It has gone from reasonable to extreme to laughable. Has it even helped anything? What are the tangible benefits of increased modesty to an absurd degree?

Science and soft science have a lot to say about how we are affected by what we see and what we wear. Are we interested in what they say? Is there a way to bridge the gap between the two?

Will a budding Torah scholar with Yeshiva bona fides write an article like this? Are we ready for this conversation?

These are tough questions but I think we will be doing a world of good by trying to answer them. 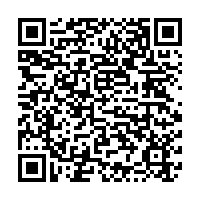