About ten years ago, Prof. Jimmy Weinblatt, a former dean of the humanities and social sciences at Ben-Gurion University, invited the President of the Jordanian Red Crescent, Mohammed Al Hadid, to visit Israel. Weinblatt had met him via the Middle East Peace initiative at McGill University, where the two had become good friends. “He came to visit me and he told me he was very involved with Magen David Adom. He was at the time chairman of a very important committee of the International Red Cross. Israel was a not a number until a few years ago. He was the one to push through the candidacy of Israel, as a member of this organization. This is very important for it allows cooperation with other countries,” Weinblatt explained.

Following Weinblatt’s instructions, Prof. Rivka Carmi, the current president of Ben-Gurion University, took Al Hadid on a tour around Ben-Gurion University, to see different departments of the medical school and one of them was emergency medicine, which trains paramedics. “It is the only one of its kind in Israel and the Middle East. There are very few schools of that kind,” said Weinblatt.

Evidently, Al Hadid was very excited by what he saw and asked about the possibility of sending Jordanian students to study at Ben-Gurion University. While the bureaucracy took a while, eventually a group of 30 Jordanian students came to Israel with the express purpose of studying emergency medicine. They spent two years living in Israel, while for their third year, they returned to Jordan to do practical work under the guidance of Israeli professors. Weinblatt emphasized, “It was a historical event for it was the first time that a group of students from Jordan or any Arab country for that matter came to study in Israel.”

During his remarks to the graduating class of 54 students, Al Hadid spoke of the positive nature of this program.

“I thank you for all giving our students the opportunity to get their education and training them to become lifesavers, unlike those lifetakers who do so in the name of their fanatic beliefs. However, our belief will always be through humanity to peace,” he said.

“Experience has shown us that it is possible to bring Arabs and Israelis together to achieve common goals.” 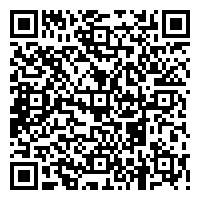