Meditation was once an oddity reserved for spiritual extremists. Today, meditation is as American as apple pie.

There are many good reasons to do meditation. The NY Times enumerates several of the benefits that have been demonstrated by science. Improved leadership and productivity can be attributed to meditation.


Meditation has a place in Judaism as well. Many great Jewish thinkers have described Jewish prayer as a form of meditation. The prophets of yore achieved their heightened spiritual state after intense meditation. There are pious chasidic men (and maybe some women) who meditate alone in the Jerusalem Forest on a regular basis. For us, meditation is a word to describe an activity whose end is to achieve some state of nirvana. It could even be argued that making blessings before eating food or enjoying any other physical pleasure is a variation of mindfulness.

The NY Times reports that there is a reason that Buddha favored meditation. Buddha’s teachings were to end suffering. Meditation was intended to serve as a way of freeing one’s mind of the negative thoughts we have about others. The idea was to bring people together through the heightened state of awareness.

This is a lofty claim and it was put to the test by the author of the NY Times article, profesor of psychology Dr. David DeSteno. He and his lab conducted controlled experiments to determine if meditation had an impact on empathy and compassion.

The results? Incredibly, or maybe not, meditation actually helped a significant portion of test subjects feel empathetic. It works!

DeSteno concludes that while the fringe benefits are great, when one meditates one should be mindful of its original purpose. Hopefully if we can channel that power we can alleviate the pain of division and hate.

I can think of no message more appropriate for Rosh Chodesh Av. This time of year we are exhorted to work on our interpersonal skills. Perhaps it would be wise to spend some time in meditation to give ourselves an assist on this seasonal challenge.

The article also got me thinking about doing Mitzvos to reap the social benefits of the act or even to reap an alternative benefit that was certainly unintended. Sometimes people lament the new-agey interpretations of Mitzvos and modern understandings of their social benefits. True, it can feel uncomfortable, but I think it’s noteworthy that we find similar hand wringing with regard to meditation. DeSteno is a bit uncomfortable with using meditation to get ahead instead of using it to unite. I think we can relate to that.

Finally, one can imagine how vindicated followers of Buddha must feel. As orthodox Jews, we feel the same way some our traditions and teachings are corroborated by modern discoveries. I know I love when that happens, so I am sure the study mentioned in this article will bring similar feelings of euphoria to students of Buddha. 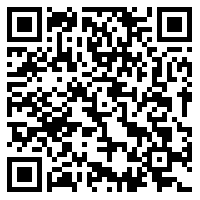