And out come the extremist zealots of the Charedi world! Those who in part because of their insular lifestyle – have no concept of civilized behavior. And have the unmitigated gall to act in uncivilized and dangerous ways with absolutely no respect for human dignity. These are the people who have become all too familiar to us. They are the spitters, rock throwers,  and haters who do all of those things and more in the name of God.

We see them constantly in Meah Shearim, Bnei Brak, Bet Shemesh, and Williamsburg. In fact they were at it again this morning – directing their rage toward the Women of the Wall at what was otherwise a mostly peaceful event. From the Jewish Press:

A crowd of mostly male haredi Orthodox protesters surrounded the barricade, with some protesters singing and yelling epithets such as “Get out, Nazis!” Later in the service, protesters threw eggs and a bottle of water at the women, striking a male supporter of the group in the head.


I need not go into all the damage they have done and continue to do to Klal Yisroel. I have discussed their escapades so many times in the past that it’s getting boring, already. Not to mention the fact that I will run out of space if I start mentioning them all.

What have they done this time? From the New York Times:

On billboards in the ultra-Orthodox Mea Shearim quarter of Jerusalem last week, black-and-white posters warned the public against the “licentious military” coming to tempt innocent Haredi youths into “the whorehouses of Nahal and Shahar.” (and) portraying those soldiers, who volunteered under programs meant to attract Haredim, as fat, bearded, gun-toting caricatures in uniform snatching terrified Haredi children off the streets.

… The comics-style campaign against Haredi soldiers has been primarily aimed at children to counter what opponents of the draft said was the military’s attempt to legitimize the young men by sending them into ultra-Orthodox neighborhoods in uniform.

As part of the outreach to children, the anonymous organizers of the “Hardakim” campaign announced a children’s poster competition this summer via a Gmail account, soliciting entries showing how best to shun the soldiers.

Pini Rozenberg, a spokesman for the Haredi community in Jerusalem, said the campaign was “an internal Haredi matter meant to explain to the Haredi youth why the army institutions are not, and will never be, legitimate.”

He added: “It is not personally directed against any particular soldier. It is purely educational.”

Who said that these people don’t get an education?! They do. And this is it.

Here is a description of one Charedi soldier’s experience:

(H)e had suffered daily abuse in recent months, being spit at and chased by children and teenagers calling out “Germ!” and “Traitor!” He now carries tear gas for self-defense…

This is indeed the sad and unintended consequence of what the government is trying to do to correct inequities in the military draft. It is something Jonathan Rosenblum first wrote about in lamenting the  reversal of progress made in this area internally by Charedim themselves.

Jonathan feels that the blame lies with the Lapid and company … that this backlash is a result of their external interference. Had they not tried to force change on the system, the Charedi world would have continued correcting themselves on their own and innovations like Nachal Charedi and Shachar would have continued to expand.

While I think that’s probably true – as far as it goes, I do not see Lapid et al at fault here. You cannot blame someone for doing the right thing just because vigilantes will strike back. You cannot let evil dictate your actions even if there are negative consequences due to retaliation. That would be giving in to evil. It would be like telling witnesses not to testify in sex abuse cases because their families will be harassed.

The fault lies in the attitudes fostered in the societies that produce these animals. A society that educates their children as described above. All that is needed to precipitate that kind of response is the kind of rhetoric heard in these quarters about Lapid’s actions being a Shas HaShmad. And then the Eytan Kobres of the world pour gasoline onto the fire with their own rhetoric… all while pointing out that we shouldn’t have rocked the boat. His words are not part of the solution. They are part of the problem. 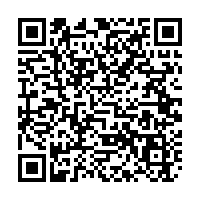