It was long assumed that fact checkers only served to correct erroneous information as a service to the public. However they were not thought to influence the truthfulness of politicians in general. In other words, it was assumed that politicians don’t lie less often because they are scared of being caught in a lie.

The New York times reported on a study that shows that awareness of Politifact, a well known fact checking outfit, does in fact make a difference.


In the study, over 1,000 politicians were sent letters by two professors. One group was reminded that Politifact was out there watching them and that lies would damage their career if the lies were exposed. The politicians sent return postcards acknowledging receipt of the letters. The second group were given a general statement telling them that the accuracy of their statements was being measured. A third group received no letters.

Similarly, in our community there is a sense that bloggers are useless and just preaching to the choir. This might be true. But if the leadership is aware that they are being “fact checked” it seems that it will have an impact on policy and behavior. If so, there is a great benefit the J-Blogs are providing.

Fact checking leadership means asking tough questions. It can also mean exposing lies or untruths. Sometimes it means challenging conventional wisdom. Other times it means pointing out that a commonly held belief is not universally held in our tradition. There are many ways blogs fact check orthodox Judaism. It makes a difference.

Of course this requires leadership to be aware of the blogs. Some are. Some are not. But whistleblowers and dissenting opinions coming from the street are making a difference. Eventually, it will be impossible to continue to ignore their voice. But even if the issues raised are not specifically addressed, we can be sure that they are making a difference simply because they exist. People act differently when they know they are being watched and when errors are going to be exposed.

Facebook and Twitter have given even more people a strong voice. But blogs will always be an important form of discourse and communication. It is on blogs that ideas are more thoroughly discussed and analyzed. Blog are also beneficiaries of Google. Search any Jewish topic and you’ll find blogs that have written on the subject.

The voice of the J-Blogosphere can be confusing, annoying, angry, cynical, unpopular, and negative. But it also serves the very important purpose of fact checkers. 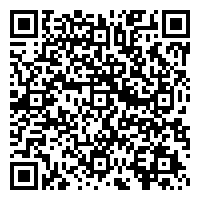