Jews are funny. I mean that in two ways. Jews make good jokes and we also do things that are funny sometimes. And by funny things, I mean odd.

My impression is that preachers are pretty serious when they speak from the pulpit. I think that the same could be said for imams. But for some reason, rabbis are always telling jokes.


I resisted it for years. But it’s almost expected that rabbis will tell rabbi jokes from the pulpit. So I have been doing a little bit more humor once in a while and generally the feedback has been positive. I find this incredibly strange.

It’s even more strange when the jokes come at our holiest times of the year.

This year I had 175 people sitting in silence and reverence following a solemn Kol Nidre service. I opened my remarks with a joke. I felt so uncomfortable. But it seemed to me that no one else felt uncomfortable at all. They loved it.

I did the same thing before Neilah. The inspirational talk began with a joke. It worked. People listened. People complimented me. Believe me, I get complaints all the time. No one complained about the jokes.

I don’t get it. I can’t even imagine a Catholic Priest making a joke during their service. I can’t imagine a politician speaking at a serious event and cracking a joke. I’d wager that jokes would not be acceptable in yeshivos either. Most serious yeshivish and chasidish places would not be cool with jokes during a serious drasha.

For some reason in more liberal orthodox shuls and the Conservative and Reform synagogues, jokes are expected. It feels inappropriate to me and I felt a bit hypocritical cracking a couple jokes but it seems to be expected and certainly acceptable. So I conformed and it was successful. But I felt uncomfortable.

I don’t know that I have any particular insight or explanation for this phenomenon. I guess it could be seen as a defense mechanism against the seriousness of the day. Though I am not sure why we need it and others do not. It might be because we don’t take things as seriously as other groups. I hope that’s not the reason. Is it because without humor people would not pay attention? That would be very sad.

Jewish humor developed as a way of coping with oppression. Maybe it’s just so much a part of our collective psyche that we can’t shake it. I don’t have the answer. But I just had to get this off my chest. 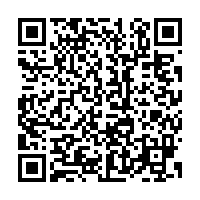