Brazil and Israel held elections this week to decide on the future leaders of the countries.

In Brazil, Luiz Inácio Lula da Silva, a left-wing politician and former president of Brazil, defeated the incumbent by two million votes on October 30. US President Joe Biden called the president-elect of Brazil the following day. As featured on the US embassy in Brazil’s website, “President Biden commended the strength of Brazilian democratic institutions following free, fair, and credible elections. The two leaders discussed the strong relationship between the United States and Brazil, and committed to continue working as partners to address common challenges, including combatting climate change, safeguarding food security, promoting inclusion and democracy, and managing regional migration.”

On November 2, Israel held elections, its fifth in four years. Benjamin Netanyahu’s Likud party won the most votes and his right-wing block easily had a majority to lead the next Knesset. As in Brazil, a former leader came to defeat an incumbent, but the reaction of Biden was markedly different.

Instead, the press release posted a release from Ned Price, a spokesperson from the State Department. It read: “Secretary of State Antony J. Blinken spoke today with Prime Minister Yair Lapid to commend Israel for its free and fair elections, and to thank the Prime Minister for his partnership.  The Secretary reaffirmed the strength of the U.S.-Israel bilateral relationship. He also emphasized his deep concern over the situation in the West Bank, including heightened tensions, violence, and loss of both Israeli and Palestinian lives, and underscored the need for all parties to urgently de-escalate the situation.”

Rather than follow protocol with the president of the United States calling the incoming Prime Minister of Israel, the Secretary of State called the outgoing Prime Minister. Instead of discussing ways of working together, the US voiced “deep concern” and urged Israel to take action to “de-escalate the situation.”

This is highly inappropriate and a deeply insulting slap in the face of every Israeli.

When Britain elected Liz Truss, a member of the Conservative Party to be the next Prime Minister of the United Kingdom on September 5, Biden called her the next day. He offered the incoming leader congratulations and “reaffirmed the special relationship between our countries and expressed their readiness to further deepen those ties…. and discussed the importance of continued close cooperation on global challenges.”

But Biden uniquely snubbed the new leader of the Jewish State. He treated the country as a vassal to take orders, not as a partner to work with in “close cooperation on global challenges.”

Meanwhile, leaders from the around the world had no issue congratulating Netanyahu and discussing collaborating with the Jewish State.

President of the European Parliament, Roberta Metsola said “Congratulations @netanyahu, on your success in #Israel’s elections. The bond between the EU & Israel is one forged in shared history and based on common values of democracy, liberty & rule of law. We will keep working together for peace, security & prosperity in the region.”

Italy’s Prime Minister, Giorgia Meloni sent her congratulations to Netanyahu on Twitter as well, saying “Congratulations-Mazel Tov to @netanyahu for the electoral success. Ready to strengthen our friendship and our bilateral relations, to better face our common challenges.”

Just days before mid-term elections in the US, President Biden completely disrespected Israel. How does he think tens of millions of American Zionists will react? How much worse will the increasingly anti-Israel Democratic Party treat the Jewish State when votes are not on the line?

While Lying About Israel, Democrats Demand Nothing of Palestinians 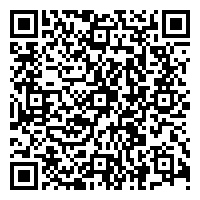