This initiative has great appeal to progressives whose economic mission is to transfer wealth to lower income people. It also goes directly to big Democratic donors.

Democrat Joe Biden out-raised Republican Donald Trump in the 2020 presidential election by 48% ($1.38 billion to $864 million). While the legacy liberal media lies that small donors made up Biden’s base, according to the non-partisan OpenSecrets.org calculations, Biden was all about big money. Libertarian Jo Jorgenson had 68.6% of her donations come in small amounts followed by Trump with 45.0%. Biden was third with only 39.3% coming from small donors.

The big money to the Biden campaign came from the usual Democratic loyalists like lawyers and lobbyists ($83 million in total, almost all to Democrats). The Education sector was even bigger, with over $110 million being contributed to the presidential campaign, of which 94.2% went to Democrats. To give a sense of scale, the hedge funds and private equity industry gave a total of $55 million – HALF as much as the education sector. The oil and gas industry gave $16 million.

Why would the education industry pour so much money into a presidential campaign? Isn’t it struggling to keep up? Don’t they always ask for more money as though cash strapped? If money is so tight, how do schools “donate” more money to an election campaign than the hedge fund, oil and gas, casino and gambling industries combined?

The giant and powerful teacher unions are the big contributors. According to Open Secrets, “two organizations account for practically all of the contributions made by teachers unions: The National Education Association (about $20 million in 2016) and the American Federation of Teachers (almost $12 million). Both groups — which compete for members, but also collaborate with each other through the NEA-AFT Partnership — are consistently among the organizations that contribute the most money to candidates and political groups.” The NEA is seemingly transparent about their partisan spending, showing on its website that 96% of its funds go to Democrats. AFT is a 1.7 million member organization headed by Randi Weingarten who makes no bones about trying to use her influence to enact liberal priorities on matters like climate change and universal healthcare.

The payoff scheme is pretty straightforward: Democrats work to empower unions whether in committing to only hire union labor or the ability to collect fees from members. In turn, the union leaders give money to Democrats and push their members to vote for their candidates. These paid-for local Democratic politicians now negotiate the contracts of the people who just helped give them their jobs, a much more loyal base than exists among taxpayers. The Democratic politicians give the unions favorable pay increases and the best healthcare and pension benefits found in the country, far superior than non-unionized citizens.

The cost for K-12 public education has ballooned under this corrupt money transfer scheme where Democratic politicians pour taxpayer money into unions who in turn pour money back into their election campaigns.

According to the US Census Bureau, the per pupil cost to educate public school students consistently rises more than inflation. In 2016, the average cost for a pubic school student was $11,763 while in 2013 it was $10,724, a 10% increase in just three years. That’s OVER THREE TIMES the 3.0% inflation of the consumer price index in that time period.

The ramp in expenses is due to a variety of items including building state-of-the-art facilities and professional-quality ball fields as well as a range of inclusion and enrichment programs for students who need more help. But the biggest costs are the teacher salaries and benefits. In 2016, 88% of the $665 billion of U.S. public school costs were in “Current Spending” of which 65% was for salaries and 35% for benefits.

Teachers’ unions focus on their core constituents – the teachers – not the students. The unions protect even the weakest non-performing teachers, making it almost impossible to fire anyone. Employees of the public education system have health and retirement plans which are the envy of CEOs of large corporations. Teachers and administrators get to retire in their 50’s with amazing benefits throughout retirement while fellow citizens must work into their 70’s. Of course, there are summers off and the occasional sabbatical, unique to the education industry. It is estimated that between 2001 and 2018 the proportion of the educational budget that went to retired teachers grew from 7.5% to 14.4%. Those fixed liabilities keep growing and are crowding out funds for children. The teacher unions prioritize their own early retirees over children and the future.

Free K-12 public school is not so free to taxpayers. It is one of the major wealth transfer schemes in America where the wealthier people who own homes shoulder 65% of the costs of public school via property taxes. The wealthy and religious, who are much more likely to send their children to private school, are effectively taxed twice by paying for the services for a second time.

The inflated costs for education do not stop at high school and Democrats’ fingerprints are here as well.

The cost for these degrees is beyond the budget of most people, so they apply for grants, scholarships and student loans. If it were not for the loans, many could not attend school or be forced to attend a lower cost community or in-state school.

Note the trend lines. The facts continue to paint an interesting story.

According to a Pew study, the number of poor and non-White people attending college increased significantly between 1996 and 2016, with the share of college students from poor households going from 12 percent to 20 percent over those 20 years, and non-White students jumping from 29 percent to 47 percent. The greatest growth occurred in private for-profit colleges, where 58 per cent of undergraduates were non-White in 2016.

The private for-profit colleges run a very different program than local colleges. As described in The Best Schools, “For-profit colleges often have higher acceptance rates than their non-profit counterparts. Many for-profit schools have an open admissions policy, meaning that they admit all who apply and meet specific, noncompetitive criteria, regardless of grades, test scores, etc. Typically schools with open enrollment only require that applicants have a high school diploma or GED certificate. For students who might struggle to gain admission to schools with competitive admissions requirements, a for-profit college might provide an open door that leads to further academic and career success.” As students with poor grades want to be able to get good jobs that often come with a college degree, they buy their college degrees at these for-profit institutions.

More poor and non-White students attending these schools are increasingly defaulting on the loans they take out for tuition. According to a report by the U.S. Department of Education, “Looney and Yannelis (2015) found that, between 2000 and 2014, the substantial increase in borrowers and the doubling of loan default rates were associated with attending for-profit, and to a lesser extent, 2-year and other nonselective institutions. Among students attending 2-year institutions who borrowed, for-profit students borrowed four times the amount borrowed by their peers who attended public colleges (Belfield 2013).”

The private for-profit college industry is seemingly taking advantage of everyone: the poor and non-White communities by awarding degrees at a high cost with seemingly lower ultimate earnings, and the American taxpayers who fund the loans to these students which are not being paid back.

Rather than fight to remove the accreditation of these private for-profit colleges which fail everyone or refuse to give student loans to students with poor grades (or cap the loan amounts at a minimum as the poor grades are the underlying reason many apply to the schools), Democratic politicians are making the grand generous offer – WITH YOUR MONEY – to bail out people with high student debt because most of them are non-White. Far-left Rep. Ayana Pressley (MA) was clear in that point when she argued that cancelling student loan debt will “close the racial wealth gap.” The scheme also keeps these for-profit colleges afloat as they need the students and tax-payer funded student loans to pay their shareholders. Democrats need these institutions around to keep churning out degrees for people with poor grades who cannot get accepted to other colleges.

Knowing that the student demand is there and the loans are available, colleges have little incentive to cut costs including terminating the system of professor tenure and sabbaticals as well as renegotiating teachers’ pension largess. There is also no reason to turn away applicants with poor grades as the American tax-payers fund the farce. Democrats join the joke as they hand-out money and college degrees to loyal constituents – the education industry, the poor and non-White communities.

The education industry is a runaway freight train and Democratic politicians are gleefully throwing away the brakes. 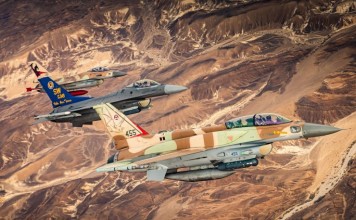