On a front page story with a large accompanying color picture, the New York Times relayed an incredible discovery: an old Quran that had been sitting on the shelves of the University of Birmingham, England for a century, was dated to around the year 600CE plus or minus 50 years.  That would make this version of the Quran the oldest manuscript in Islam.

According to Islamic tradition, their prophet Mohammed received divine revelations and compiled the Quran sometime between 610 to 632CE. Religious scholars had debated whether the Quran was passed down in oral form for many generations after Mohammed’s death before ultimately being written down. If the text indeed was written down on the parchment when it was prepared (sometimes parchments were washed and reused, and carbon-dating only relates to the parchment but not the actual ink and text), it would answer that outstanding question.

Three days before the world heard about the dating of the oldest Quran, researchers uncovered one of the oldest texts of the Hebrew Bible, dating from around 500CE.

In the 1970s, the piece of a charred scroll was discovered in Ein Gedi in the Judean Desert. Only in July 2015 were researchers able to use the latest technology to decipher the damaged text to reveal sentences from the book of Leviticus. While older documents (by 500+ years) of the Hebrew Bible had been discovered not far from Ein Gedi, those documents were found hidden in jars within caves.  This scroll was found in the ancient synagogue of Ein Gedi, revealing the earliest discovery of a Torah scroll housed in a synagogue.

Both of these stories are amazing in terms of history, religion and science.  It brings to mind an old gospel song: “Give Me that Old Time Religion!”

Yet the part “that’s NOT good enough for me” (to paraphrase the song) is the nagging question why the New York Times never misses an opportunity to slight Israel.  The discovery of one old religious treasure received front page attention (for Islam) but a text from 100 years earlier didn’t even get a passing mention (for Judaism).  Was it because the scrolls were found in the Judean Desert which further underscores the long history of Jews in the contentious Jordan Valley?

Why do you think the NYT mentioned only one of these stories?

When were Jews barred from living in Judea & Samaria? 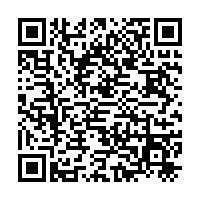