The chairman of the House Foreign Affairs Committee, Republican U.S. Rep. Ed Royce (CA) has submitted a bill to disapprove the nuclear deal between the U.S., world powers and Iran.

Congress has until September 17 to approve or disapprove of the agreement that was signed on July 14 under the Iran Nuclear Review Act signed in May by President Barack Obama.


The announcement means the Republican-led Congress will make an effort to pass the resolution of disapproval, H.J. Res. 64, rather than a resolution of non-binding approval.

A resolution of disapproval would prohibit the White House from lifting U.S. sanctions on Iran, probably killing the deal entirely. If the resolution passes, Obama may be expected to veto it.

Royce wrote in a letter to Secretary of State John Kerry that it was “imperative” for lawmakers to see the so-called “side deals” being negotiated between the Islamic Republic and the United Nations International Atomic Energy Agency while the agreement is being debated in Congress.

“While this may not be typical IAEA practice, there is nothing typical about the Iranian threat or this nuclear agreement,” he wrote. “Reviewing these side agreements is critical to Congress understanding whether Iran intends to pass that test… It is clear to me that this issue deserves more scrutiny by the Committee. Indeed, all Members of Congress should have access to the separate arrangements negotiated between Iran and the IAEA,” he continued.

“The ‘separate arrangement’ agreed to between the IAEA and Iran regarding inspection of the facilities at Parchin will almost certainly be regarded by Tehran as a precedent for IAEA access to future suspicious sites in Iran.

“I have little doubt that ‘side deals’ of today will become central to the agreement’s verification provisions tomorrow.

“These ‘separate arrangements’ have the potential to seriously weaken our ability to verify the agreement as a whole.”

The White House called the ‘arrangements’ between the IAEA and states standard and confidential. However, IAEA director-general Yukiya Amano is slated to present a closed-door briefing to members of the U.S. Senate on Wednesday (Aug. 5.) 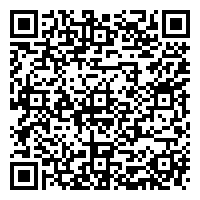