Hamas is a very popular political-terrorist group among Palestinian Arabs. According to recent polls, Palestinians support attacking Jewish civilians inside of Israel and were thrilled by Hamas’s rocket attacks against Israel a couple of months ago. Should Palestinian elections ever be held again, Hamas is expected to win both the presidency and the majority of parliament.

These facts are not new and are expected from the most anti-Semitic people in the world.


But beyond the blood lust desire to kill Jews and destroy Israel, what drives Hamas to abuse the dead?

On August 1, 2014, Hadar Goldin and Oron Shaul, officers in the Israeli Defense Forces, were abducted and killed during a US-sponsored ceasefire between Hamasand Israel. Seven years later, Hamas continues to hold their bodies and refuses to return them to their families in Israel. It is a flagrant violation of human rights and decency and the United Nations does nothing.

Hamas’s mutilation of dead bodies is also a crime. They kill suspected collaborators and drag their bodies through the streets in an effort to intimidate the public, much like ISIS burning people alive.

This kind of barbarism is not confined to Hamas in Gaza. At the beginning of the Second Intifada, a mob broke into a police station and dragged two Israeli soldiers into a room where they killed them and then threw the bodies to the street where the Palestinian mob trampled them beyond recognition.

Today, people celebrate these atrocities and barbarians. In Amsterdam people chant “Hamas, Hamas, Jews to the Gas,” while in the streets of Brooklyn marchers call for the destruction of Israel.

And in the halls of Congress, Rashida Tlaib (D-MI) says that the people of Gaza “just want to live” and have “dignity,” to shield their vile actions and intentions.

If Tlaib wants to put a pretty face on Hamas, the minimum she should do is to get the political-terrorist group to release the bodies of the two Jewish men who have been withheld from their families for last seven years.

Excerpt of Hamas Charter to Share with Your Elected Officials

The West Definitively Concludes Hamas is a Terrorist Group 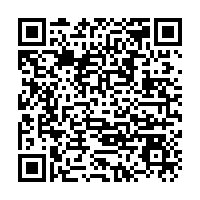