Syrian media reported Tuesday that there was an explosion and subsequent fire on a civilian vessel docked at the Port of Latakia on the northwestern Syrian coast.

Alarabiya TV journalist Ziad Halabi was quoted by Israel Hayom as saying the ship was an Iranian oil tanker that had docked in Latakia a few days earlier.


Two people sustained minor injuries in the incident, according to Syrian state television, which allegedly took place during maintenance work.

However, the Syrian Human Rights Observatory reported there were “a number” of wounded as well as extensive damage to the vessel.

The blast occurred during maintenance being carried out within the port, the Syrian state news agency SANA reported.

The Latakia Fire Brigade and the Civil Defense Department of the Latakia Port Company together extinguished the blaze, SANA reported.

“The fire caused a number of workers on the ship to suffer from shortness of breath, which necessitated their transfer to the hospital for treatment,” the Director-General of the port company, Amjad Suleiman, told SANA. “The workers were discharged from the hospital after they were provided oxygen and other required emergency measures.”

Suleiman said the ship was empty at the time of the blast.

The fire broke out Tuesday at a storage tank in a complex on the Persian Gulf island of Kharg.

“The blaze is now completely contained and we are carrying out cooling operations,” Kazemipour said.

the cause of the blaze is under investigation, he added. 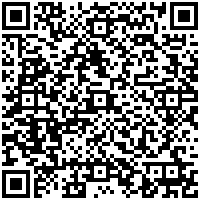