President Joe Biden called the United States to order this week in asking all Americans to tune into a prime time address staged outside Independence Hall in Philadelphia. It was an address he believed was of the utmost importance: to save democracy.

That is indeed a most important subject. Biden was right to call out “extremists” (which he mentioned six times, and political “violence” (ten times) as real risks which threaten our society. It is a principle beyond partisanship.


Alas, Biden destroyed his 3,000-word speech by only calling out extremists to the right of him, and not to the left.

He tried to coin a phrase “MAGA Republicans” (used 13 times) to describe the extremists who follow former President Donald Trump who wrongfully tried to overturn the results of the 2020 elections. He said those people “do not respect the Constitution. They do not believe in the rule of law. They do not recognize the will of the people…. and they fanned the flames of political violence that are a threat to our personal rights, to the pursuit of justice, to the rule of law, to the very soul of this country.” He made clear that they are a “threat” (used nine times) to the fabric of the United States.

Biden pretended that the extremists exist on only one side of the political spectrum. He ignored the raucous left that burned the streets of America and assaulted our persons and property:

The extremists to the left include anti-Semites like Rep. Rashida Tlaib and Rep. Ilhan Omar. Instead of lambasting their disgraceful incitement against Jews, Democratic Speaker of the House Nancy Pelosi rewarded Omar with passing an act denouncing Islamophobia.

The far-left extremists are inciting hatred against the police, capitalism and Jews. They are attempting to brand all White people as racists and teach such in elementary schools. They are inciting riots and anti-Semitic attacks. But Biden won’t call it out.

The call to dismantle America is only part of the attack on democracy. The Obama/Biden administration gave the Islamic Republic of Iran, the leading state sponsor of terrorism, a legal pathway to nuclear weapons. Biden/Harris are working on the same, threatening All democracies around the world.

In addition to being silent on the the radical left, Biden stretched the meaning of the radical right. He said that people who were not in favor of Democrats demand for abortion until the moment of birth are threats to democracy. Does he know that over 70% of Americans are against abortions in the third trimester?

Biden said that people who were not in favor of gay marriage were extremists. Did he forget that it was illegal in the US until a few years ago? There are over 70 countries were BEING gay (let alone legalizing gay marriage) is illegal. Was his address meant to antagonize half of the world?

Biden was correct that calls for violence are completely unacceptable; people who try to rip at our common bonds that make us all Americans are threats to society. That he could only call out the alt-right while ignoring the alt-left was not just a missed opportunity to bring America to the center by clipping the fringes, but a frightening warning sign that the power of progressive extremists has already inserted itself deeply into the administration.

Democrats Give Platforms to Their Extremists 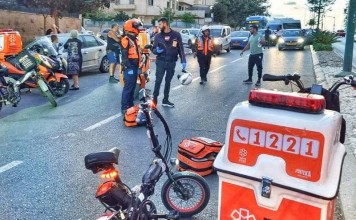