Faced with hard evidence that its lucrative “No Place for Hate” initiatives are immersed in the woke leftist ideas that are actually legitimizing racialist attitudes and granting a permission slip for anti-Semitism, the ADL had no choice but to say that the Fox News report was accurate and that “there is content among our curricular materials that is misaligned with ADL’s values and strategy.”

Yet rather than admit that the inclusion of such ideas in the material they are pushing on schools reflected a broader problem in the group’s work, the ADL still insisted: “We do not teach critical race theory. Period.” That’s a blatantly dishonest and even illogical claim since the material in their curricula shows that is exactly what they’re doing.

The upshot of this weasel-worded non-apology is that the group founded to defend the Jewish people against anti-Semitism is trying to claim that this is all somehow a misunderstanding. They want their donors, who were under the impression that the ADL was belatedly confronting left-wing anti-Semitism, to believe that the organization isn’t actually part of the problem rather than the solution.


But no one should be buying this disingenuous line of defense.

The only thing ADL’s board and donors should be reviewing in the wake of this expose is the continued employment of Greenblatt. If the ADL really wants to demonstrate that it is rejecting CRT and the anti-Semitism that comes with it, then Greenblatt has got to go.

Far from being an isolated instance, inclusion of critical race theory concepts and ideas in their model anti-hate curricula is very much in line with the ADL’s approach to racial issues in recent years. The ADL endorsed the Black Lives Matter movement, which had itself endorsed anti-Semitic attacks on the state of Israel; and its “anti-racist” agenda about white supremacy. They defended two anti-Semitic members of Congress—Reps. Ilhan Omar (D-Minn.) and Rashida Tlaib (D-Mich.)—against criticism from former President Donald Trump, largely on the basis that they were “women of color.” They hired left-wing Twitter troll Tema Smith as an outreach director tasked with educating about race and racism, whose main priority seems to be calling Jews racists for not going along with radical concepts about white privilege. Their website had a definition of racism that invoked CRT teachings about privilege.

The ADL has long been primarily interested in attacking anti-Semites on the far-right that it tries to link to Republicans and conservatives while downplaying the way left-wing anti-Semites have taken over academia and gained acceptance in popular culture and the left-wing of the Democratic Party. But the content of school curricula in their hate-education program speaks to the way these ideas have become integral to the ADL’s core business model and seem in line with much of the material that is routinely tweeted out by the @ADL_education Twitter account.

From the top down, the ADL has doubled down on the BLM agenda of equity as opposed to equality by emphasizing ideas about race and privilege.

A closer look at the material that the Fox News report highlighted shows just how far into wokeness the ADL has descended. The whole point of the topics covered points consistently towards justifying the BLM movement.

Cornell Law School Professor William Jacobson’s criticalrace.org website is an essential resource in discovering the influence of toxic racial theories that are spreading throughout the education system. In an email to me, he said that the ADL curricula is particularly damaging because it validates discredited talking points about the 2014 police shooting in Ferguson, Mo., that helped launch the BLM movement.

“The lesson plan (‘privilege, discrimination, and racial disparities’) on the shooting of Michael Brown is highly misleading and irresponsible. As an investigation by the Obama Department of Justice confirmed, Michael Brown was shot after he sucker-punched a police officer who was seated in a patrol vehicle and tried to steal his weapon. The police officer was not charged because the shooting was legally justifiable. None of that is mentioned in the ADL lesson plan, which instead suggests that Brown was a victim of racist police violence and uses that as a launch pad to delve into issues of white privilege and other racial justice topics.”

Nor was that all.

“The second Michael Brown lesson, ‘Power and Privilege’ misleads by suggesting that Brown was unarmed,” said Jacobson. “That’s true but incomplete because he was shot in an unprovoked assault on a police officer sitting in a patrol car in an attempt to steal his gun. The lesson also says that the police officer was not indicted, which also is true, but fails to explain that the police officer was not indicted because the officer used lawful force to defend himself. The lesson plan also fails to point out that the Obama Justice Department came to the same conclusion.”

Both these lessons are, as Jacobson states, “misleading and manipulative.” Along with parts of curricula that seek to engage students by indoctrinating them with notions about white privilege and “structural racism,” this reflects the ADLs acceptance of racial-justice dogma and ideology in order to promote ideas about race that are aimed at polarizing and racializing society. That information from a Jewish defense agency would ask students to reflect on the “achievements” of BLM without also taking into account the anti-Semitism and hatred for Israel that is associated with it shows clearly where the ADL’s priorities lie.

Equally troubling is ADL’s embrace of intersectionality, a concept that falsely analogizes the Palestinian war on Israel with the struggle for civil rights in the United States and other anodyne causes. In one lesson plan about equality for women, the ADL advocates for students to “reflect upon the [2017] Women’s March,” using “an intersectionality approach.” It completely ignores the fact that the anti-Trump protest group, which was led by prominent anti-Semitic activists like Tamika Mallory and Linda Sarsour, was completely compromised by Jew-hatred.

Groups that claim to oppose racism ought to be advocating against intersectionality and the anti-equality “equity” agenda, not endorsing it. Groups that are supposed to be opposing anti-Semitism should be at the forefront of the fight against ideas that seek to view everything through the prism of race and identifying Israel and Jews as privileged oppressors. Yet the ADL, which raises close to $100 million a year to oppose racism and anti-Semitism, is, in essence, endorsing both.

Greenblatt’s skill at raising money even while trashing the ADL’s reputation for fairness and nonpartisanship has seemingly solidified his position at the head of one of the organized Jewish world’s most prominent organizations. His leadership also reflects the way American society has become polarized and driven to extremes as politics now serves in the role that religion used to play in most people’s lives. Seen from that perspective, perhaps it was inevitable that a liberal group like ADL would begin to drift to the far-left even while pretending to still speak for the center. The group’s involvement in Internet censorship with Big Tech allies like Google—ostensibly to educate against hatred—also showed its new bias as well as a propensity for other “mistakes” in which it wound up promoting extremism rather than stopping it.

Yet if the ADL is to retain even a sliver of credibility, it will require more than a pro forma “review” about “misaligned” lesson plans. It’s going to need a complete overhaul and a purge of the woke leftism and one-sidedness that now permeates almost everything it says and does. The only way to begin that effort is to fire Jonathan Greenblatt. Anything less than that will be a further betrayal of the organization’s responsibilities to speak up for its founding principles and mission. 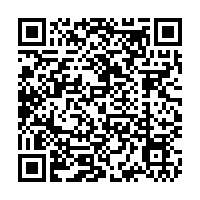