There are several forms of Holocaust denial that have found a foothold in anti-Semitic societies. As described by the United States Holocaust Memorial Museum, (USHMM), Holocaust deniers “are generally motivated by hatred of Jews and build on the claim that the Holocaust was invented or exaggerated by Jews as part of a plot to advance Jewish interests.”


The most common form of denial is that the Holocaust did not happen. The entire event is described as a fabrication. The religious leader of the Islamic Republic of Iran said “the Holocaust is an event whose reality is uncertain and if it has happened, it’s uncertain how it has happened.” The Iranian government then went on to promote a Holocaust cartoon competition.

The second type of denial is not absolute, but about scale and purpose. Those people question whether Jews were intentionally targeted by Nazis for death, or whether the six million Jewish victims figure was grossly exaggerated. The peddlers of these theories seek to minimize Jewish suffering to further exaggerate the “plot to advance Jewish interests.”

The third form of denial is not commonly sold: It is that Jewish Zionists actively helped kill the Jews of Europe.

Never heard of that one? It is advanced by the acting-President of the Palestinian Authority, Mahmoud Abbas.

Abbas wrote his doctoral thesis about an evil Holocaust plot that Zionists were desperate to attract more Jews to Palestine during the 1930s and 1940s. In order to encourage immigration to Palestine from Europe, Zionist Jews collaborated with the leaders of Nazi Germany to make life unbearable for Jews so that they would flee to Palestine. Abbas claimed that Zionists collaborated with the Nazis and sabotaged Jewish rescue operations.

This was Abbas’s doctoral thesis, written over many years. A new form of Holocaust denial with malevolent messages.

The Abbas Holocaust denial takes a very different tack than the classic forms of questioning the scale of the destruction of European Jewry. Abbas does not focus on the number of Jews killed. His argument is that the Zionist Jews were schemers. His sick form of denial was that Jews always controlled their own fate, even in the Holocaust. The Holocaust was a story of Zionist Jews against European Jews.

In Abbas’s worldview, Jews had no love or attachment to the Holy Land. They were content with where they lived; they had no connection to Palestine. Most Jews had no interest of ever moving to Palestine.

Imagine What Zionists Can Do to Arabs

According to Abbas, if Zionists could perpetuate the slaughter of their own Jewish brethren, why should anyone be surprised of their treatment of Arabs? The Zionist Jews were so selfishly consumed by their mission to create a foreign transplant of a Jewish State in the Arab soil of Palestine, that the killing and expulsion of Arabs from the land in the “Nakba” looked like an after-thought after their participation in the annihilation of fellow Jews.

According to the USHMM, most anti-Semites concoct a Holocaust denial narrative for particular reasons. “Holocaust denial, distortion, and misuse are strategies to reduce perceived public sympathy to Jews, to undermine the legitimacy of the State of Israel—which some believe was created as compensation for Jewish suffering during the Holocaust—to plant seeds of doubt about Jews and the Holocaust, and to draw attention to particular issues or viewpoints.”

Mahmoud Abbas has spent his lifetime with a particularly noxious form of Holocaust denial which he has peddled at the United Nations and capitals around the world: The Jewish Zionists are schemers and murderers. They have no connection to the land of Palestine and think nothing of killing Jew or Arab to steal a country.

With such a leader, is it any surprise that the Palestinian Arabs are the most anti-Semitic people in the world?

Stopping the Purveyors of Hateful Propaganda

Palestinian Jews and a Judenrein Palestine 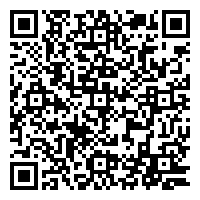