To mark International Holocaust Remembrance Day, The New York Times posted an editorial by Jan Grabowski about “The New Wave of Holocaust Revisionism.” The essay described how Poland was setting up monuments for Polish non-Jews who helped Jews during the Holocaust – directly in the location where hundreds of thousands of Jews were slaughtered, often with the help of other Poles.

Grabowski warns that this distortion of history is a new form of Holocaust denial – one that tries to whitewash Polish collaboration with the Nazis. It is taking flight since Poland passed a law in 2018 to penalize those people who attribute some of the blame of the Jewish Holocaust on Poland. The historian faces a number of lawsuits from the country for his detailed published research, including his book “Hunt for Jews: Betrayal and Murder in German-Occupied Poland” which won the Yad Vashem International Book Award in 2014.

It was appropriate for the Times to publish the lengthy essay shortly after the United Nations General Assembly passed a resolution condemning Holocaust denial. Alas, the paper did not do the same when Rep. Rashida Tlaib (D-MI) distorted the role that Palestinian Arabs played in the murder of European Jewry.
Advertisement


In May 2019, Tlaib said that she got a “calming feeling” thinking about ancestors who helped “create a safe haven for Jews.” Jews and many Republicans denounced the Holocaust revisionism as pure anti-Semitism, while fellow Democrats and liberal outlets rushed to her defense. The plain facts are that Palestinian Arabs pushed the British to limit Jewish immigration to Palestine during Kristallnacht, and the Grand Mufti of Jerusalem met with leading Nazi officials to support the annihilation of the Jews. When Jews arrived in Palestine after the war, Arab armies came to slaughter the Survivors.

The Times similarly avoids writing that the President of the Palestinian Authority, Mahmoud Abbas, wrote his doctoral thesis distorting the Holocaust.

It is wrong of Poland to reorient history from the complicity of Poles in the Holocaust and to come after those who discuss the actual history, much as it is shameful for Tlaib to twist history that Palestinians were saviors of European Jews and the Democratic party loyalists to rally to her defense and demand silence on Muslim anti-Semitism.

Holocaust revisionism is finding a home in the alt-right, the alt-left and among radical Islamists. If the mainstream media selectively highlights the poison only among the racist right, it is complicit in the same Holocaust denial.

The Ultimate Chutzpah: A New Form of Holocaust Denial 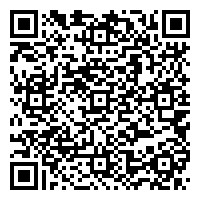