On August 21, 2019, the United Nations marked an International Day of Remembrance of and Tribute to the Victims of Terrorism. The global body is making an effort to include the stories of the victims as part of its mission of healing. As part of the commemoration, UN Secretary General Antonio Guterres said:


“I ask that we all reflect on the lives that have been changed forever as a result of terrorism. Let us commit to showing victims that they are not alone, and that the international community stands in solidarity with them, wherever they may be. In their call for healing and justice, they speak for all of us.”

Included in the remembrance was a photo exhibit of people who were deeply impacted by the scourge of terrorism. Not surprisingly, the UN did not include a single picture of any Israelis, as it continues to refuse to stand in solidarity with Israel and will not endorse Israelis call for justice against the killers.

What was surprising was the limited focus on both massive and recent acts of terror. There was just one picture of a victim from the attack on the US on 9/11/01 and none of the victims of the bombings in Sri Lanka or shootings in New Zealand.

But the 2016 truck attack in Nice, France received three pictures with accompanying stories. It was the only terrorist attack to be featured multiple times.

Why France? Why minimize the US and ignore Israel? There were 86 people killed in the July 2016 attack in Nice, France, a horrific total. But there were 2,977 victims killed on September 11, 2001 in the United States and there have been 1,357 victims of terror in Israel from the start of the Second Intifada until today.

It is pure speculation why the bombings in other European cities like Madrid and London each got a single picture while Nice received three. Is it because Nice is not a capital city but a vacation spot? That it doesn’t represent a power structure the way New York City, Washington, DC or European capitals do?

If that is the reason, it seemingly undermines the definition of terrorism. Were the victims in the Twin Towers who were just going to work less innocent than the people watching fireworks in France?

The UN stated that the rationale for the exhibit was to hear the voices of the victims and incorporate their stories into the narrative. The stories are meant to show “resilience.” “purpose,” “hope” and “peace” as shown in the photo series.

The United States rebuilt Ground Zero. Israelis continue to live and work and transformed a third world environment into a First World country.

But those stories were minimized relative to the horror in France.

The entire world came out to stand alongside the people of France when terrorists killed journalists at the Charlie Hebdo magazine. Scores of world leaders walked the streets of Paris in a way they never did in London, Madrid, Mali or Nigeria. Just in France.

Terrorism in France seemingly captures the hearts and minds of people around the world. Is it because of the country’s devout secular nature? That people view the country as non-aggressive?

When Power Talks the Truth 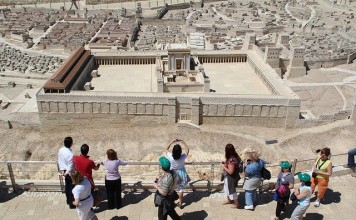 Jerusalem Under Attack 2021 – From Jerusalem With Love [audio] 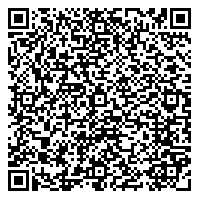