Jews are becoming victims again, this time of progressives who see the ashes of Jews as merely fuel for woke causes.


Consider the United Nations Secretary General who was awarded the Theodor Herzl Prize on November 9, 2020 on the anniversary of the pogroms by the National Socialist German Workers’ Party (Nazis) in Germany and Austria in 1938, a night known as ‘Kristallnacht.’ Antonio Guterres said the following at the event:

“This ceremony coincides with the anniversary of Kristallnacht.  In remembering that night when so much was broken – synagogues, shops, faith itself – I want to sound a note of hope for repair.  It is within our power to emerge from the pandemic with stronger communities, and more cohesive societies, by addressing the inequalities and injustices that have been exposed so starkly.”

Guterres strung together a thought process that started with the killing of Jews and destruction of their property… to today’s pandemic, a virus which attacks everyone… to “inequalities and injustices,” a phrase used by progressives – particularly in the United States – about the need to address income and wealth disparities and the killings of Blacks by police. Guterres did not mention the British White Paper which was initiated on the very same day as Kristallnacht which limited the entry of Jews into Palestine at the request of Palestinian Arabs, directly contrary to the League of Nations (pre-cursor to the UN which he heads) mandate given to the British to facilitate the entry of Jews. That paper enabled the killing of tens of thousands of Jews. Guterres similarly did not mention the many wars Israel has waged for its survival WHILE HE WAS RECEIVING THE THEORDOR HERZL AWARD, named for the founder of modern Zionism. Yet somehow, the head of the UN connected the Holocaust to the current plight of Black Americans.

Guterres wasn’t alone at using the slaughter of Jews as a progressive prop.

CNN anchor Christiane Amanpour decided to talk about Kristallnacht not as an assault on Jews, but on “truth,” one she said President-elect Joe Biden would seek to rectify after President Donald Trump’s four years of lies:

“This week, 82 years ago, Kristallnacht happened. It was the Nazis warning shot across the bow of our human civilization that led to a genocide against a whole identity and in that tower of burning books, it led to an attack on facts, knowledge, history and truth. After four years of a modern day assault on those same values by Donald Trump, the Biden-Harris team promises a return to norms.”

Amanpour’s rendition of the Holocaust was sanitized of Jewish victims. She decided to cast the most pro-Jewish State president in history, the one who created the Office of the Special Envoy to Monitor and Combat Anti-Semitism, and with a Jewish daughter and Jewish grandchildren as a modern incarnation of Adolf Hitler.

Amanpour has a history of bashing Jews. On January 17, 2019, she claimed that U.S. Congress are slaves to the puppet-masters of the American Israel Public Affairs Committee. She essentially complimented Rep. Ilhan Omar for calling out the noxious situation.

This is the post-factual media and political world we live in.

Modern-day, post-factual Austria pretends that it was a victim of Nazi Germany and not a willing abettor to crimes against humanity. The slaughter of Jews is recast as a loss to Austria of the cultural and scientific contributions that Jews could have made. We are similarly watching the modern-day, post-factual progressive movement attempt to characterize all anti-Semitism as alt-right (no such thing as Muslim or Black anti-Semitism) and to ignore Jew-hatred in its entirety in a head-long embrace of Victims of Preference, which cannot be Jews as long as Israel exists.

Too Many and Too Few Charges of ‘Nazi’ 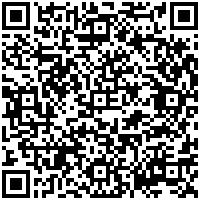