Jews were the most targeted demographic for hate crimes among religious groups in 2019, according to an FBI report released on Monday.


Last year consisted of numerous anti-Semitic attacks against Jews and Jewish institutions, from a lone gunman shooting at Chabad of Poway in Southern California in April 2019 on the last day of Passover, which left a 60-year-old woman dead, to a spree of anti-Jewish incidents in the New York metropolitan area.

In 2019, anti-Semitic crimes increased 14 percent, according to the ADL. 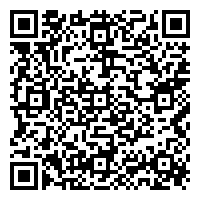