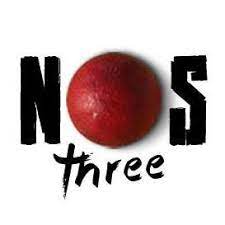 The war against the Jewish State began militarily at Israel’s inception, as the armies of five Arab nations invaded Israel in 1948 in a war to annihilate it. In June 1967, the Arab world attempted the same but failed spectacularly.

Since that time, the armed conflict by Muslim countries has continued with more modest ambitions, as the goal of destroying Israel is considered too remote a possibility, unless and until Iran obtains nuclear weapons. The violent attacks against Israel have mostly been about pestering and killing Jews to obtain concessions. The 1973 Yom Kippur war ushered in a willingness for Israel to hand the Sinai Peninsula back to Egypt, and Palestinian Arabs believe that the Second Intifada War made Israel abandon the Gaza Strip. The various Hamas wars from Gaza since 2008 and the political-terrorist group’s kidnapping of Israelis, secured the release of thousands of fellow terrorists and other modest gains.


The failure to destroy Israel did make the Muslim countries accept its existence. In fact, it has done its utmost to deny its existence.

Immediately after the 1967 Six Day War, the Arab League passed the Khartoum Resolution declaring a policy of ‘Three No’s’: “no peace with Israel, no recognition of Israel, no negotiations with it.” For the Arabs, the Jewish State had a name but was to be ignored until the Arabs could prevail at destroying the foreign presence.

In the 1970’s, the Arab League enlisted allies to their cause. Leveraging their control of the oil markets, and with a former Nazi sitting as head of the United Nations, the Muslim and Arab countries got the world to pass UNGA Resolution 3379 in November 1975 that declared that “Zionism is a form of racism.” This was an attempt to deny Israel’s legitimacy broadly.

While the ‘Zionism is racism’ resolution was ultimately thrown out in 1991 due to the efforts of the United States, it simmered as the Oslo Accords of 1993 and 1995 anticipated a peace deal in September 2000. Instead of finally accepting peace, the Palestinians launched the Second Intifada War which only subsided with the erection of Israel’s security barrier in 2004-5. That led to two new movements which are unfortunately thriving today: the demonization of the Jewish State and the BDS Movement (Boycott, Divest and Sanction), both economic wars.

Demonization of Jews and Zionists

The 2001 Durban Conference against racism served as the global launch party to amplify and expand upon the prior “Zionism is racism” propaganda.

As the world no longer relied on oil as it had in the 1970’s, the Muslim Arab world hoped to convince the western world to join their war against the Jewish State based on democratic values, a sly and peculiar approach for autocratic regimes. The global conference advanced a new lexicon to vilify Israel with terms like “apartheid,” “settler-colonialism,” “ethnic cleansing,” “genocide,” and “crimes against humanity” to name a few. It similarly painted Palestinians as noble victims, misusing words like “desperate,” “resistance,” and “dignity.”

This approach is more insidious than used during the 1970’s and 1980’s which relied on far-flung violence. The numerous plane hijackings, and bombings of Jewish community centers and synagogues around the world by Arab Muslims made it difficult to portray the Palestinian Arabs as “desperate.” Instead, since 2001, the demonization tactic has penetrated the west through the education systems, the media and the democratic system itself.

The Arab world funneled billions of dollars and tens of thousands of students to universities including New York University, MIT, Columbia and Tufts. The donations funded Middle East Studies departments and Divinity schools with anti-Israel narratives. Due to this activity, college campuses have become hotbeds of anti-Semitism, often denying Jews the right to participate in public spaces as perceived Zionists and racists.

These young voices have been indoctrinated with a new anti-Zionist vocabulary and worldview over the past twenty years. They are now running the western liberal media and voting for far-left anti-Zionist politicians endorsed by the Democrat Socialists of America.

The 2001 Durban campaign, now 20-plus years running, has been very successful in not only demonizing Israel, but demonizing Zionists. Under this current version of “Zionism is racism,” Jews in Israel and around the world are no longer only being attacked by Arab Muslims but by their fellow citizens. While the legitimacy of Israel is still being denied, the focus has expanded to Israel’s supporters.

In 2005, Omar Barghouti launched the BDS Movement. It’s goal was the end of the Jewish State through punitive economic measures. Barghouti is clear about the goal and tactics saying “BDS aims to turn Israel into a pariah,” and “We oppose a Jewish state in any part of Palestine… [only] a sellout Palestinian would accept a Jewish state in Palestine.“

The movement seeks to boycott not only Israeli products but those companies that do business in Israel. It wants universities to bar Israeli professors and athletes to refuse to compete with Israelis.

It has even gone after its own, turning on Arab Muslim states which normalized ties to Israel such as the United Arab Emirates.

The anti-normalization approach has come for all Zionists around the world. In December 2021, an executive at CAIR, Zahra Billoo, told a group in Chicago to beware of “polite Zionists” and “Zionist synagogues.” The only Jewish allies in this mindset are anti-Zionist Jewish groups like “Jewish Voice for Peace, American Jews for a Just Peace, International Jewish Anti-Zionist Network.”

The current Muslim and Arab war against the Jewish State is being fought everywhere, as Zionists of any religion or ethnicity are falsely branded “racists” who should be canceled. The intent is to pressure people and governments everywhere to sever ties with the Jewish State, making it vulnerable and weak by every measure.

The war against Israel has mutated since the country was founded but the goal remains the same: the end of the Jewish State. What has alarmingly changed now is that YOU are being asked to participate in that anti-Semitic endeavor by your neighbors, schools, media and elected officials.

The Three Camps of Ethnic Cleansing in the BDS Movement