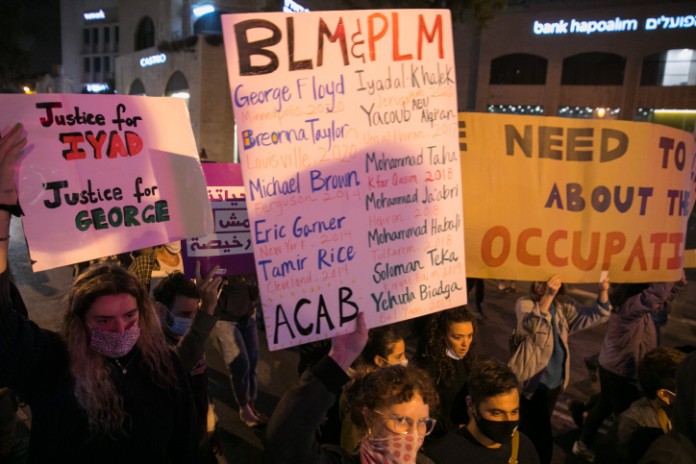 Palestinian supporters who hate Israel use a variety of terms to whitewash the crimes and intentions of Palestinian Arabs. Below is a sampling with a review of the misdirection.


The term “Intifada” means “Uprising.” It gives the sense that the movement is one of empowering the disenfranchised as a matter of protest rather than the reality of genocidal terrorism.

The “Second Intifada” which raged from roughly September 2000 to September 2004 witnessed Palestinian Arabs blowing up ice cream parlors full of children, school lunchrooms and buses. Over 1,000 innocent Israeli civilians were killed in the mayhem because the leadership of the Palestinians refused to accept anything less than 100% of their demands.

Intifada means war. It means terrorism. The call for an intifada is not a protest chant but an incitement to violence.

The Palestinian murderers of Israeli civilians are described as “martyrs” by Palestinians. They are held up as idols for Palestinian children when schools, soccer tournaments and public squares are named for the terrorists. The mothers and fathers of the killers are showcased on television telling the Arab public how proud they are of the killer’s sacrifice. The Palestinian Authority pays the families of the terrorists monthly stipends for their “contribution” of killing the enemy.

For clarity, the term “martyr” actually means “a person who is killed because of their religious beliefs.” Using the term for Palestinian terrorists turns Israel into racist murderers rather than victims of jihadi genocidal maniacs.

The political-terrorist group Hamas calls itself a “resistance force.” It is a designated terrorist group by dozens of western countries because of the hundreds of attacks it has perpetrated on civilians around the world. Its foundational charter is an anti-Semitic screed which calls for the murder of Jews and destruction of Israel. The people of Gaza continue to support killing Israeli civilians in every poll.

The Palestinian “resistance” is to the mere presence of Jews which they have made clear in 100 years of riots and wars, even though Palestinian supporters will portray the Arabs as only protesting “Israel’s treatment of Palestinians.“

Palestinian apologists claim that Palestinians are “desperate” which is why they take such vicious actions against Israeli civilians. That’s outrageous. Desperate people gladly take whatever they can; entitled people refuse to take anything less than full demands.

Palestinians have refused every offer for peace for generations. They demand a country without a single Jew living in it. They categorically refuse to acknowledge that Israel is a Jewish State as part of a final settlement. A desperate people clinging for a chance at self-determination would never deny such things, unless their actual goal is to deny Jews of their own homes and country.

Anti-Israel opinion rags like The New York Times sometimes go beyond painting Palestinians as “desperate” people “resisting” Israeli occupation. It states that the political-terrorist group Hamas (which it never calls a terrorist group) has “resorted to violence.” The feeble-minded gray lady writes this despite the Hamas making its genocidal intentions public for the whole world to see.

Doubling-down on a twisted portrayal of Hamas, The Times excuses violent flare-ups from Gaza as “localized expression of Palestinian impatience,” as it wrote on the front page of its May 6, 2019 paper. According to the anti-Israel paper, Israelis get shot because Gazans are impatient, not because they are the most anti-Semitic people in the world who are in favor of killing Israelis.

Chants of “Free Palestine,” “From the River to the Sea, Palestine will be free,” and “we don’t want two states, we want all of it” are spun as simply a desire for equality in the holy land for Jews and Arabs. It is nothing of the sort but a call for the destruction of the Jewish State of Israel.

Liberal media inverts the “from the river to the sea” as actually the chant of Jewish extremists who want to annex the West Bank, an area that was part-and-parcel of the British Mandate which called for the reestablishment of a Jewish homeland there.

Are the people who use this expression arguing that land itself has the DNA of a particular people? Would the same people say that Europe is “White Land” or Africa is “Black Land?” If someone were to argue that some lands truly are part and parcel of a specialized group of people, they would have to admit that the Land of Israel is “Jewish Land,” as Judaism is the only religion with a tie to specific land.

The term “Arab Land” is deliberately designed to sever the thousands of years of history that Jews have in the land. It is an example of the fictitious narrative that “Jesus was a Palestinian” and not a Jew, in an attempt to not just evict the current Jewish presence in the land but to expunge the entirety of Jewish history.

Politicians state over and again that Israel deserves “security” while Palestinians deserve “dignity.” It seems like such a simple ask of Israel, to afford the Palestinians some semblance of dignity.

But if the parameters of Palestinian dignity is that Jews cannot have sovereignty, cannot live in the West Bank, cannot pray on the Temple Mount, cannot buy land from an Arab and demands the denial of Jewish history, why should that sort of “dignity” be endorsed, let alone entertained?

Palestinian supporters have used and abused the term “refugees” for Palestinian Arabs in ways that have no bearing on the word, and in doing so, harm over 30 million actual refugees fleeing war zones today.

The Palestinian Arabs cared for by UNRWA are not refugees but stateless. They deserve to become citizens of either a new country or an existing country but that doesn’t make a child whose grandparents left a town five miles away during a war a “refugee.” Yet, these Palestinian “refugees” are taking billions of dollars of support when such monies can be used for children actually fleeing for their lives to foreign lands where they don’t speak the language and have no family support or infrastructure.

Anti-Zionist supporters of the Palestinians argue that there are certain minimum standards that a new country of Palestine must have in order to be viable.

As discussed above, “viability” means that there can be no Jews. “Settlers” undermine the foundation of the country for some reason. While Arabs can live in Israel without destroying the state, seemingly a Jewish presence in Palestine undermines the very viability of the country.

Similarly, a Palestinian state would need to be much wider than Israel is today. If Israel were to annex land up to the town of Maale Adumim west of Jerusalem, critics warn that Palestine would be cut in two and non-viable with a country only 15km wide at one point. Meanwhile Israel is that wide along its main population centers without the cry to widen Israel.

People use the term “1967 Borders” even though the 1949 armistice agreements struck between Israel and Jordan as well as between Israel and Egypt specifically stated that those lines have no meaning and do not function as borders.

Israel afforded all Arabs the opportunity to be citizens when it declared statehood in 1948 and affords all Arabs in Jerusalem to become Israeli citizens today. Over 20% of Israel’s population is Arab.

Pro-Palestinians don’t like the notion of “Israeli Arabs” as they think it somehow acknowledges the liberalism of Israel being an open society. Instead, they opt for the very wordy “Palestinian Citizens of Israel” to market the proposition that their tie to the land of Palestine is permanent as is their identity which are distinct from Israel. Should a new state of Palestine ever be created, there is no question that these same Palestinian propaganda promoters would call the Jews in the country “Palestinian Jews,” (G-d forbid, if they are allowed to live there), not “Israeli citizens of Palestine.”

The anti-Zionist media will have you believe that “East Jerusalem” exists today even though it only existed as an artifice of war for 19 years that ceased to be over fifty years ago. To extend the fiction, they will promote that it is a Palestinian city, even though there is no recognized country of Palestine and no part of the city was ever conceived to be Arab in the 1947 UN Partition Plan.

The anti-Zionist lexicon is not only attacking the Jewish state but sanitizing Palestinian Arabs of their anti-Semitism and terrorism in an attempt to wish a State of Palestine into being. Everyone should readily recognize the abuse of language that has become mainstreamed by anti-Israel voices.

Related First One Through music videos:

God is a Zionist (music by Joan Osborne)

{Reposted from the FirstOneThrough blog} 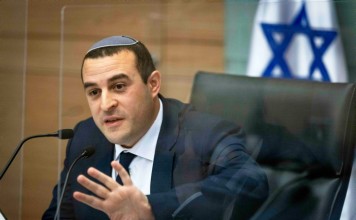