The beginning of the world as told in the Jewish Bible is a remarkable story. It is a world that seemingly is infused both with the natural and super-natural, where God and man interact regularly: the world was built and then destroyed in a flood, save for Noah and his family, whom God directed to build an ark; Abraham pleads with God to save corrupt cities which are nevertheless pummeled with fire and brimstone.

In the middle of the physical interfacing between God and mankind as well as family drama, the Bible pauses for a few sentences to relay a mundane story. Jacob has a dream.

God had already directly given such promise to Abraham while he was awake. It is peculiar that God would choose an elaborate dream with angels on a ladder to convey the same message to Jacob in his sleep.

It is also a curiosity that people today are so fascinated by the story, even more than God talking directly to man. Perhaps it is because God no longer talks directly to people today, even as many of us dream, so we can relate to the story.

Or perhaps it is because Jacob’s dream is the foreshadowing of the life of the biggest character of Genesis, his son Joseph.

When the Bible writes about Jacob’s dream, it repeats the Hebrew word מָּק֥וֹם three times in a single sentence, an oddity. While it can mean “place” it can also mean “God”. It is as though the narrator is telling us that something significant is about to happen, and it is location and God.

The dream is definitely dramatic. While the builders of the Tower of Babel tried to reach the heavens, Jacob actually got to “see” it. While man labored unsuccessfully for years to ascend, angels effortlessly went up and down.

And alongside the ladder was God himself. No one, not even his father and grandfather, had seem Him, but only heard His voice. Now Jacob had a new medium for his connection with God and he chose to concretize the event while awake.

Jacob was awestruck by the event and anointed the rock-pillow he slept on during the dream, but then conditioned his faith in the real world. He asked God for four things to prove Himself before he would accept Him as his God, and then seemingly for God to truly establish his promise of the land for his inheritance.

These four requests set the tone for the remainder of Genesis.

Jacob, the first dreamer, would be followed by his son Joseph. While Jacob dreamed only once and doubted the veracity of what he saw, Joseph seemingly was confident about his two dreams.

Genesis 37:5-11 relays Joseph having a dream which he told his brothers about their sheaves bowing down to his, and then a second dream which he told his brothers and Jacob, of eleven stars, moon and sun bowing to him. While the brothers hated Joseph for the dream, Jacob considered it, as he knew about dreams himself but continued to be unsure whether to embrace a message told in such fashion.

The second pair of dreams (Genesis 40) happened in Egypt, as Joseph listened to the dreams of two fellow prisoners, a cupbearer and a baker. This time, Joseph interpreted their dreams which accurately predicted the fates of the two men.

The third pair of dreams happened to Pharaoh (Genesis 41), which Joseph was brought in to interpret. While they had not proven accurate, they rang true to Pharaoh who immediately sought to take action based on Joseph’s interpretation. This is the first time – after seven dreams told by the Bible – that anyone took dreams to be an omen that must be addressed immediately. Perhaps it was because Pharaoh viewed himself like a God who could take complementary action to God’s will. Either way, it was in sharp contrast to the first dream of Jacob in which he conditioned accepting God’s word.

While Jacob asked God to stay with him and protect him from harm, it was Joseph who really faced numerous life-or-death situations, and survived. From his brothers trying to kill him, sell him into slavery and being cast into an Egyptian dungeon, God stayed with Joseph and protected him from the spiral of events that started from Joseph’s sharing his first pair of dreams.

Jacob’s second condition was about food. That foreshadowed the baker and winemaker who relayed the second pair of dreams in the prison cells of Egypt.

Jacob’s third condition was clothing. After Joseph interpreted Pharaoh’s dream and gave him a plan for addressing the famine that was to come, Pharaoh put him in charge of all the land of Egypt and dressed him in the finest fashion.

The three sets of dream correlate to Jacob’s first three conditions to internalizing God’s message in his dream. They represent a life for Jacob without Joseph present, as if his favorite son had become a dream. Jacob did not know whether Joseph was alive or dead, much like he wasn’t sure about the dream’s veracity. The three pairs of dreams were divinely inspired as alluded to at the very beginning of Jacob’s dream with the word מָּק֥וֹם appearing three times in one sentence.

Ultimately, the fourth condition, to “return safe to my father’s house,” was the reunion between Jacob and Joseph. When Jacob heard that Joseph was alive his spirit was awakened, as if from a deep sleep (Genesis 45:27). It was then that God reappeared to Jacob – at night again – to go to Egypt to reunite with his son and that God would return him to the promised land. (Genesis 46:1-4)

That action brought the entire family together, and had Jacob – now Israel – believe in God’s promise, setting the future for the children of Israel.

The first dreamer was awe-struck but doubted its authenticity, setting conditions to accept God. That action set in motion the life of Joseph and the history of the Jewish people.

The Karma of the Children of Israel

The Descendants of Noah

The Place and People for the Bible

The Journeys of Abraham and Ownership of the Holy Land

The Nation of Israel Prevails 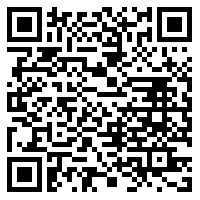