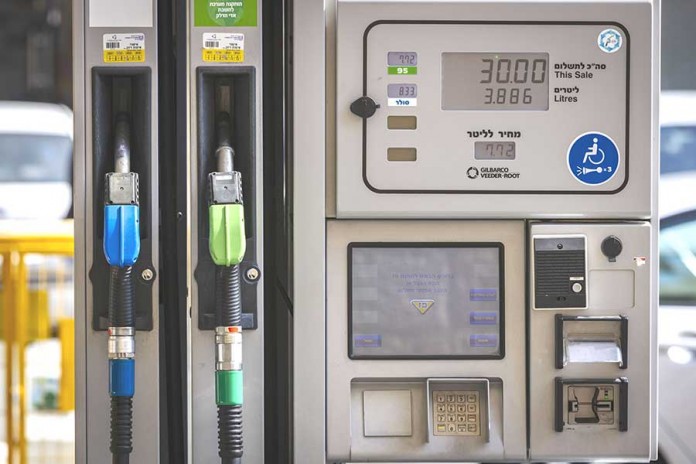 It was just one of those days when seemingly nothing could go right.

My son-in-law Nate was in a huge rush to get to a special kiruv seminar in Yerushalayim, but first he had to drop his five-year-old at gan. In his haste, he somehow forgot his wallet at home, but had no time to return home to retrieve it. He reasoned that he could manage without it for the time being, and continued on his way.

Needless to say, however, midway to Yerushalayim he discovered that he was low on gas, so he pulled into a gas station to fill his tank. He often used a special app on his phone to pay for gas, but that particular gas station did not have that option for payment, and without his wallet he had neither cash nor credit cards on him.

In desperation, he asked another patron whether she would use her credit card to pay for his gas and he would immediately reimburse her bank account using Bit Pay. She agreed, but ironically her credit card was declined and she could not complete the transaction.

Next he approached a man and made the same request. The man demurred, but instead offered to give him cash. My son-in-law reluctantly agreed to accept twenty shekel, but this perfect stranger insisted that he take fifty. And when my son-in-law asked for his address so that he could send him the money, the man waved him off, instructing him to “pay it forward” when the opportunity arose. Thanking his benefactor profusely, Nate hopped into his car and hurried off to his seminar.

He had an unexpected break in the afternoon, so he was able to drive home and spend a bit of time with his wife and children before heading back to Yerushalayim. Having learned his lesson from earlier that day, this time around he was sure to grab his wallet before hitting the road once more.

He also left himself ample time to stop at the gas station enroute to fill the tank to capacity. Imagine his surprise when history repeated itself mere hours after the morning’s awkward gas station experience.

Although he routinely stopped for gas on a bi-weekly basis, he had never once been approached for assistance by any other customers. But on this particular day a chassid reached out to him and, looking uncomfortable and visibly embarrassed, asked for his help.

“My card was declined for some reason, “ he explained, “I wonder if you would possibly be able to loan me fifty shekel for gas…”

My son-in-law usually pays for everything with either his credit card or a payment app on his cellphone, but he inexplicably had a fifty-shekel bill in his wallet that day. He was literally awe-struck by the incredible timing and hashgacha pratis both of this startling deja vu chance encounter and the fact that he actually had the requested amount of cash on him! With an ear-to-ear grin, he happily handed the man the fifty shekel, and refused reimbursement, just as his benefactor had done earlier that day. Instead he instructed the chassid to pay it forward to the next person in need.

He then continued on his way back to his students in Yerushalayim, with fifty shekel less in his pocket, albeit infinitely enriched by the Divine intervention he had experienced first-hand and the wonderful tale and inspiration he could now share.