President Barack Obama gave his final State of the Union address on January 12, 2016.  He gave an outline of a speech in four parts: economic opportunity; technology; a safe America; and politics, as he projected a future world ten-plus years out.


Safe America: Regarding a safe America, Obama continued to limit his global enemies to two parties: al Qaeda and ISIL/ Islamic State. Other countries that shout “Death to America! Death to Israel” like Iran were not labeled enemies that threaten the USA.  Obama mentioned Iran just a single time, when he extolled the “principled diplomacy” that “avoided another war.”  That may have been true in 2015.  But the future in ten-plus years that he facilitated, is a nuclear weapons-armed Iran.

A fanatical, anti-Semitic, America-bashing country with weapons of mass destruction is not a recipe to “keep America safe.”  Unless, of course, Obama has banked on Iran limiting its attack on Israel, but doubts that Iran would consider attacking the “most powerful nation on Earth.”

Politics of religions: When Obama delved into politics, he not-so-subtly put Donald Trump in his crosshairs as he said “When politicians insult Muslims, when a mosque is vandalized, or a kid bullied, that doesn’t make us safer.  That’s not telling it like it is.  It’s just wrong.  It diminishes us in the eyes of the world.  It makes it harder to achieve our goals.  And it betrays who we are as a country.”

Obama berated Trump for his comments about Muslims in the past. This time, he extended his comments passed the politics of Trump, to anti-Muslim actions in the United State generally.  While he repeated prior statements that anti-Muslim actions betray the values of the United States, he added the dimension that Islamophobia “diminishes us in the eyes of the world.”  The two additions are noteworthy.

As detailed in “Ramifications of Ignoring American Antisemitism” an average American Jew is over TWICE as likely to be attacked as either a Muslim or black American.  Yet anti-Semitism is never flagged by Obama.  That is actually too kind.  Anti-Semitic attacks are often whitewashed by the Obama administration, such as his denial that Jews were targeted in Paris in January 2015.

Obama’s SOTU remarks add some color to his blindness.  He is concerned that Islamophobia “diminishes us in the eyes of the world.”  Not so anti-Semitism.

Anti-Semitism has a long history in the world.  Over the past eighteen months it has reared it’s ugly head again in Europe. It is pervasive in the Middle East.  As such, flagging anti-Semitism may diminish America’s standing in the world.

There are 1.6 billion Muslims in the world and only 16 million Jews, a 100:1 ratio.  Islamophobia upsets at least 1.6 billion people and few seem to notice or care about the more prevalent anti-Semitism.  So Obama omitted discussing anti-Semitism and only highlighted the less common attacks on Muslims.

In his seventh year as president of the United States, Obama finally made his views on anti-Semitism a little more clear: Jews and Israel are small sacrifices to ensure a safer America.

“Jews as a Class” 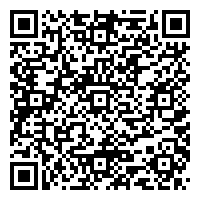