Let me put the pieces for you together…slowly now. Perhaps what seems like common sense to me, isn’t so obvious. Or, more likely, it is obvious but you are hesitating. Years ago, I sat in a lunchroom at Columbia University to hear an Israeli speak about moving to Israel. His name was Yaakov Kirschen and he is the amazingly talented artist behind the Dry Bones cartoons.
Kirschen told a story about lobsters – something that observant Jews to not eat…but his point was what mattered. He explained that he had wanted to purchase lobster salad, but the store was closed, so instead he took two live lobsters home and tried to cook them. He put water on the stove, let it heat up, and then attempted to put the lobsters in…but they kept crawling out. And then someone came and explained to him the proper way to cook lobsters, which are cold-blooded things.
You put them in a nice big pot of cold water. Put on the cover…and then turn the flame up. The water will get warm but the lobster will think, “it was cold before; it will be cold again…I’ll just sit here.”
Then it begins to get hot…and hotter…and very hot…and each time, the lobster thinks, “it was cold before; it will be cold again…I’ll just sit here.” And pretty soon, Kirschen explained, he had cooked lobsters.
Why was he telling this story to a bunch of religious kids at Columbia University. “You’re all lobsters,” he said. And my heart fell because I knew that he was right. I knew it then; I know it now.
To the French Jews – you are all lobsters. You stay in a place where the water is getting hotter and hotter.
1. I googled “terror attacks jews france” and got over 12 million hits.

2. A Jewish teacher was just assaulted in Marseilles…now, and two months ago…

3. A Jewish deli in Paris was attacked and four people were murdered – not randomly, as the Chief Idiot of Washington would have you believe.


4. A Jewish father and two children were murdered in Paris.

5. Jews are now…yesterday…being told not to wear kippot (yarmulka/skull caps) in Marseilles.

Yes, I know that many French Jews have already moved to Israel in the last year and more are planning to come this year than ever before…it isn’t enough. It isn’t fast enough.

Former President Nicolas Sarkozy says that France did not fight the Germans just so the Jews could now be forced to leave…personally, I don’t remember the French fighting the Nazis, but never mind – that is France’s problem, not ours. In a land where Jews cannot freely and safely live as Jews, the water is already too hot.

We all wish the German Jews…the European Jews…could have imagined what Hitler was going to do; that they would have believed his words, his promises, and chosen to leave before the gates of Europe, America, British-Mandated Palestine and elsewhere were slammed shut. We have no excuse now not to believe it is possible, even likely, that more and more Jews will die in the streets of Europe in the coming days, weeks, and months. In 1933…there was no real option. In 2016…there is only one real option.

Never again, will the gates of our holy land be closed to Jews – that was the promise made on May 14, 1948 and it is the promise each of our sons and daughters make when they wear the uniform of the Israel Defense Forces.

The gates are open…the planes are waiting. Israel is not another world…it’s a short flight. Get. Out. Now. 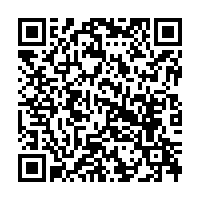