Liberal political pundits are making broad declarations about the 2014 US elections. They refer to a country that is “more divided than ever before” and that the Republicans won simply by being negative about the state of the country without offering solutions. The liberal commentators talk about “white racism” that voted predominantly for white men without any rationale other than the candidates being white (as if that statement in itself isn’t racist).


The reality is that the country has been split for some time. In the 2012 presidential election, single people and minorities voted overwhelmingly for Barack Obama. Married people and whites voted for Mitt Romney. As minorities and single people tend to live in cities, the country looked overwhelmingly red (Republican) with dots of blue (Democratic).

Singles and minorities showed up in much lighter numbers in 2012 than they did in 2008, and they barely showed up for the non-presidential election in 2014. So the map continued to inch redder.

To the charge of “white racism” and that minorities will someday overtake whites in the US which would lead to the republican downfall, that is a red herring (no pun intended). The democratic issue is not whites, but married people. Whites correlate to married people overall in the US: Whites (60%); Minorities (40%); Married (59%); Singles (41%).

In the 2014 election, 63% of voters were married and they voted for Republicans by 58% to 41%. According to Forbes, “Not married voters (these can be never married, widowed, or divorced) looked like mirror opposites.” Married minorities were wealthier and also much more likely to vote for republicans than democrats. Is the democratic strategy to fight marriage to boost their election chances?

To the charge of white racism, Whites voted more balanced than minorities.

For your musical and political delectation:

So who is racist? 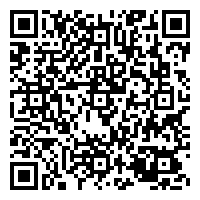