In preparation for Reb Shlomo Carlebach’s 20th yahrzeit, 16 Cheshvan, I asked a friend a long-time student of Reb Shlomo, Rabbi Avraham Arieh Trugman, to share a few words. Specifically, I asked if he could share something from Reb Shlomo on creativity.

Rabbi Trugman responded that Reb Shlomo said many times that adopting a Torah lifestyle doesn’t mean that you need to “clip your wings.” Then it was said about the newly observant, that adopting a new Torah lifestyle doesn’t mean giving up on God-given talents and creativity. But now we can already apply this lesson no matter what your background. Whether you grew up observant or not, don’t “clip your wings.” If God gave you some creative gift, then learn to apply it within a Torah context.

Close to thirty years ago, Rabbi Trugman arranged what was to be the first of several joint-events between Reb Shlomo and Rav Yitzchak Ginsburgh shlita on 14th Av 5745 (August 1, 1985). The event took place prior to Shabbat Nachamu, the Shabbat of Consolation after the fast of the 9th of Av, and in fitting with the time, the class was on Jerusalem, and the ultimate consolation that will come with the Redemption.

Without going into the topic of the event too much, I thought to bring a short piece from Rav Ginsburgh on “creativity” (although the word is not used there). And then relate the topic to our present times.

In this portion of the class, Rav Ginsburgh went on to explain the meaning of the name Jerusalem (יְרוּשָׁלַיִם). The name can be read as a composite of the two words “fear” (ירא) and “perfect” (שלם), but as Rav Ginsburgh goes on to explain, the “fear” associated with Jerusalem does not refer to being afraid (lower fear; the inner quality of the sefirah of might), but to a higher fear that is characterized by total selflessness that derives from wisdom. And as he explains, “to fear” (ירא) comes from the same root as “to see” (ראה). Sight is the faculty associated with the sefirah of wisdom, or the fear experienced upon seeing Divine revelation, as Abraham did on Mount Moriah at the Binding of Isaac. To quote:

“When Shem called Jerusalem “perfection,” he did so because he was inspired by an aspect of “encompassing light,” but he did not have the correct vessel to receive that light within his soul because he had not yet reached the level of higher fear. By overcoming his tenth and final test, the Binding of Isaac, Abraham achieved that level of higher fear within his psyche and successfully incorporated the encompassing light of perfection—the perfect expression of fear, or “Jerusalem” (יְרוּשָׁלַיִם)—into his soul.”

This past Shabbat we read from the Torah the account of the Binding of Isaac. Thus according to the order of the Torah readings, the very best time to begin meditating on perfection, the completeness of Jerusalem, is now. And continuing from this Torah reading to Av and the rest of the year.

Before returning to the subject of creativity, since we are now doing what Rabbi Schneur Zalman of Liadi calls to “living with the times,” to live with the Torah portion of the week, are there lessons from this excerpt related to the Binding of Isaac that we can apply to the events of last week? Indeed, there are two main lessons, one for each of the two words that comprise the name Jerusalem.

The first is not to be fearful in general, and especially not to be fearful in Jerusalem. Sometimes we say that to sublimate lower fear we need higher awe, awe of God. But here Rav Ginsburgh explained the concept as seeing. To see Divine revelation with our eyes, as did Abraham on Mount Moriah. This also arouses awe, but awe generated specifically through the power of sight. 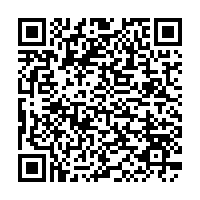