The obsession of the United Nations with Israel is well documented.


Various UN bodies sanction Israel in every session over any real or perceived issue. Meanwhile, the organization ignores mass slaughters and human rights abuses that occur daily throughout the world. When well-meaning people point out the singular focus on Israel, the Israel-bashers contend that such complaint is not a defense- it is just “whataboutary”.

If black people in Missouri were pulled over by police at 70 times the rate of white people, the police department would come under attack for abusive and discriminatory behavior.

If a particular person with financials similar to other people, was audited by the IRS every year, the agency and government would be investigated.

A First One Through video about the many actions and sanctions against Israel, “I hate Israel – the UN told me so”

UN Human Rights Council: 56 out of 103 resolutions against Israel. http://time.com/3060203/united-nations-human-rights-council-israel/ 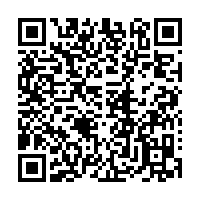