A Polish court ruled that the de-facto ban imposed last year on slaughter without stunning of animals, which includes kosher and halal ritual slaughter, is unconstitutional.

A majority of five out of the nine justices who reviewed the ban at the Polish Constitutional Tribunal Wednesday ruled it ran contrary to the country’s constitution, the European Jewish Association, a Brussels-based lobby group that has fought to scrap the ban, said in a statement.


The court’s ruling was on a petition that argued the ban violated the European Convention on Human Rights and led to “discrimination in social and economic life of Jews in Poland,” polska.newsweek.pl reported.

The Union of Jewish Religious Communities in Poland was among several entities that appealed the ban. The union filed its petition with the tribunal over a year ago to review the case.

Ritual slaughter was banned in Poland, effective as of Jan. 1, 2013, after the country’s constitutional court scrapped a government regulation that exempted Jews and Muslims from a law requiring the stunning of animals prior to slaughter. Jewish ritual slaughter, or shechitah, as well as Muslim ritual slaughter, or halal, requires that animals be conscious before their necks are cut.

The tribunal asked for the opinion of the Sejm, or Parliament, and the Prosecutor General’s Office in making its decision.

According to the Sejm, ritual slaughter for the needs of the Jewish community in Poland is legal, and the person performing the slaughter cannot be punished. The Prosecutor General’s Office has a different opinion, which says that “the slaughter of animals, provided by religious rites, is not permitted.”

Before the ban, Poland had a $500 million industry of halal and kosher meat for export.

In July 2013 a draft bill aimed at legalizing ritual slaughter failed to pass in Polish parliament.

On March 5, 2014 KRIR, or the National Council of Agricultural Chambers in Poland, filed in Poland’s Sejm a bill on the Law on Slaughter which would legalize ritual slaughter. Parliament will take up this project after the Constitutional Tribunal’s judgment.

Rabbi Pinchas Goldschmidt, president of the Conference of European Rabbis, said in a statement the ruling meant that “Shechitah can continue in Poland as it has done for generations.” Rabbi Menachem Margolin, director of the European Jewish Association, said the ruling Wednesday was a “relief” because it “prevents a dangerous precedent that would have affected all European Jewry.

“In the last few years, the European Jewish community has been under attack from a series of anti-Jewish laws, that, if passed, would seriously restrict the ability of many Jews who wish to lead a Jewish life,” added Rabbi Margolin. 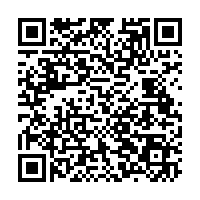