The New York Times wrote a front-page elaborate article about the Ultra-Orthodox school system in New York. It described an extensive investigation performed over a long period to tell the world about the education received by a particular enclave that numbers about 200,000 people.

By all accounts, the reporting is very important for those who want to see schools succeed. To watch a media outlet like the Times perform such analysis though, an outfit long associated as anti-religion – especially Judaism – could make a person cringe.


And for good reason.

If the Times wrote about under-performing Hispanic schools, the tone would have been one of concern. How do we help these underprivileged students from a poor minority community? How should society devote more resources to help the school succeed? The article would have been peppered with adjectives-as-commentary masked as reporting that more work needs to be done in a collective effort to help these young people.

But not for the Jews.

The Times article wanted its readers to know that Jews are politically powerful. They take lots of money – your money; money from your children – and fail on purpose.

The Jews Are Taking Your Child’s Money, Illegally

Throughout the article – including in the titles and beneath the pictures – the liberal paper informed its secular readers that the Jews are taking public money (boxed in red in the pictures above).

That’s an awful amount of of ink about money, and not about education. The Times would never criticize government monies going to fund children’s education – unless it’s for private schools, especially parochial schools, and especially especially, Jewish private schools.

The Thieving Jews Are Very Powerful, None Can Stand In Their Way

The progressive paper laid out lots of information about the ultra Orthodox Jews taking $1 billion while public schools were struggling, and wanted its readers to understand how their elected progressive political leadership has been helpless to fend off the Jewish power (text boxed in black).

The Times did its utmost to make the failing schools appear unworthy of concern, and even more, a target of disgust, led by a powerful force that “controlled more than $500 million in assets” which bullied locally elected leaders who were helpless to protect the under-funded public school system.

The Charge of ‘Failing By Design’

If these Jews are so powerful and crafty at getting money, why do their students fail basic skills in English and math? Are they stupid? Do they have terrible teachers?

The Times has the answer: “they are failing by design.“

The secular paper asserts that the schools “wall [the Jewish children] off from the secular world. Offering little English and math, and virtually no science or history, they drill the students relentlessly, sometimes brutally, during hours of religious lessons conducted in Yiddish.” It added that “some teachers at religious schools said that they had become convinced that their yeshivas discouraged learning English because it was seen as a dangerous bridge to the outside world.” Further, “some Hasidic boys’ yeshivas do not offer any nonreligious classes at all. Others make attending the classes optional.“

Do the opinions of a few teachers and students provide proof that the entire system of education of 50,000 ultra Orthodox boys are “failing by design”? Hardly. Did the investigation produce any documents showing that administrators forbade teaching English and science? That the vast majority of schools had no math instructors? No. Just some anecdotes.

There’s a noxious bias in the reporting: Jews are clever, so if they are failing, they must be doing so on purpose.

Just two weeks ago, the Times wrote a story about the death of an indigenous man in Brazil, and bemoaned the loss of an “entire uncontacted tribe.” The people in the forests of the Amazon wanted to live a secluded life but some natural forces like disease, as well as man-made encroachment on their habitats, killed their community. A sad extinction for the tribe and for mankind.

With a less generous pen, the paper touched upon the desire of the New York Hasidic community to resuscitate the communities that they once had in eastern Europe which were wiped out by the genocide of the Jews at the hands of the Nazis and their supporters, and wrote about the community’s desire to not be interviewed for the article. But the journalists opted to draw a direct line between the wish to remain insulated in terms of religious practice, with the effort to starve their children of any secular education.

The reality is that many Hasidim are very successful. Many attend top law schools and are leading lawyers and judges. Many are successful real estate investors. Many have retail stores and commercial businesses.

They went unmentioned in the article.

If the Times wanted to accurately relay the situation of the education of Hasidic children, it would have compared the performance of poor Yiddish-speaking students, to other poor non-English speaking communities, not to poor students broadly.

If the Times cared about the welfare of the Hasidic children, it would not have portrayed the funding of their schools as taking money away from public school children.

If the Times sought to uplift the most persecuted minority in the world, it would not have charged the Jews as powerful puppet masters of progressive politicians, and would have used softer language it reserves for its preferred Black and Hispanic minorities.

The New York Times did important research about the poor education in the Hasidic community, but it crafted a story meant to incite hatred against the Jews and to punish its leaders, rather than find solutions to improve the situation for the poor persecuted minority.

Why Does the New York Times Delete Stories of Attacks on Jews?

Orthodoxy in ‘Shtisel’ and ‘Nurses’

The Re-Introduction of the ‘Powerful’ Jew Smear 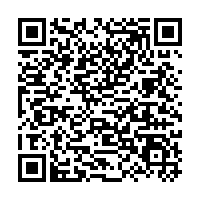