Thirty Democratic politicians under the Obama and Clinton administrations sent a letter to the Democratic National Committee on May 4, 2020. The letter began by completely misleading its audience which led directly into slandering Israel and absolving Arabs of any responsibility.

“Past party platforms have rightly stated a commitment to Israel’s security and included condemnations of threats and actions against our ally, in addition to embracing a two-state outcome. Those platforms have, however, also been nearly silent on the rights of Palestinians, on Israeli actions that undermine those rights and the prospects for a two-state solution, and on the need for security for both peoples.”

The phrase “embracing a “two-state solution” completely misleads a reader to believing that the Democratic party platform as recently as 2008 (pre-Obama) supported the 2002 Arab Peace Initiative (1967 “borders”; Arab capital in “East Jerusalem,” repatriation of “refugees”). IT DID NOT. It envisioned a completely different kind of two-state outcome.

“Israeli actions” of living beyond the armistice lines including in eastern Jerusalem was something Democrats always supported until the Obama administration changed the party platform. These Obama employees who crafted the letter claim that Jews living freely somehow “undermines rights” of Palestinians. It does nothing of the sort.

The 2008 platform continued that the United States should isolate Hamas (Jimmy Carter still loves the terrorist group) and added that all “refugees” would be settled in a new Palestinian state, not in Israel. Under Obama, the statements were removed.

In 2012 and 2016, the Democratic platform became increasing less supportive and increasingly harsh in its treatment of Israel and has demanded less and less of the Palestinians.

Consider a simple desire from 2008: “a democratic, viable Palestinian state dedicated to living in peace and security side by side with the Jewish State of Israel.” The new letter makes no requirement of Palestinians living in peace. Instead, it just holds up Palestinian rights:

“The 2020 platform should expressly state a commitment to a resolution of the conflict that ensures both Israel’s security and future as a Jewish and democratic state with equal rights for all its citizens, as well as Palestinian rights, including self-determination, security and freedom. It should include clear opposition to ongoing occupation, settlement expansion and any form of unilateral annexation of territory in the West Bank as well as clear opposition to violence, terrorism and incitement from all sides.”

Note that these Democrats seek an Israel that is “democratic with equal rights for all its citizens,” but says nothing about a new state of Palestine and demands nothing.

Past party platforms never used the word “occupation” as Democrats once understood that international law for the past 100 years encouraged Jews to live throughout historic Palestine, understood that the 1949 Armistice lines were arbitrary and not meant to be a border, and that Israel retook the “West Bank” in a defensive battle. It was only under the watch of these same Democrats who deemed that Jews living across the invisible historic line as “illegal” as part of enabling UN Security Resolution 2334 (2016).

Not only are Democrats standing tall by the horrific Obama decision at the UN, but are pushing forward with attacking Israel and asking nothing of the Palestinians: a sharia-inspired Jew-free state for Palestinians and a state with full equality and no preferences for Jews in Israel which should absorb millions of additional Arabs. It’s a two state solution based on 1.5 states for Arabs and 0.5 of a state for Israel.

The letter penned by Obama’s politicians which argued for “a commitment to security, democracy, and human rights,” failed to seek democracy for Palestinians and human rights for Israeli Jews. It demonstrates that Israel is not becoming a wedge issue for American politicians but a symbol of Democrats abandoning the western world. Israel is just the first casualty of the their headlong embrace of non-Democratic antisemitic norms found in countries around the globe.

The Obama Administration Continues to Abandon Israel in Fighting Terror 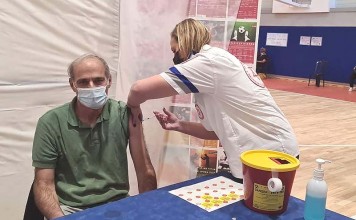 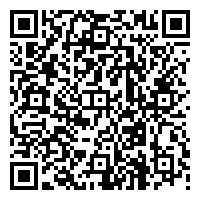