There’s much anger on the streets of the Palestinian Authority against banks that on Saturday closed the accounts of security prisoners and urged their families to come and withdraw their money.

The banks’ move followed an Israeli order that declared that banks that maintain accounts belonging to terrorists would be charged with collaboration with terrorists and of concealing illegal funds.

Many demonstrations took place near bank branches in the PA, and one, on Sunday, even took place in the Gaza Strip, outside the Cairo-Amman Bank branch. Over the weekend there was a shooting by gunmen at a bank in Jenin, and in Jericho a bank was firebombed. Other banks were shot at as well, including the Jordan bank in Qabatiya, outside Jenin.

Over the past month, released security prisoners and their families who hold accounts at Cairo-Amman Bank, also received letters urging them to close their accounts and withdraw their money before the order took effect last Saturday. The new rules also apply to terrorists who had completed their time in prison but earned their money from PA special funds for imprisoned terrorists and their families.

In Ramallah, on the night between Thursday and Friday, posters were placed on the doors of the Cairo-Amman branch, accusing the bank management of collaboration with the “occupation” and transgression against the national sovereignty, adding: “Between Cairo and Amman there is Jerusalem, and for the sake of Jerusalem, prisoners of freedom have given their lives in the dark of prisons. You are obliged to withdraw your disgraced decision immediately.”

Rage against the banks has reached the highest echelons of the ruling PLO in the PA, Hussein al-Sheikh, Head of the General Authority of Civil Affairs of the Palestinian Authority, as well as PA Prime Minister Mohammad Shtayyeh, said that they “reject the Israeli threat.”

But the governor of Jenin, Akram al-Rajoub, who is a member of Fatah’s Revolutionary Council, condemned the bank shooting as a “sinful assault,” saying that “violating the sanctity of the prisoners’ rights crosses a red line, but solidarity with their rights must not be carried out with arms.”

Fatah circles told the London-based al-Hayat that the PA is unable to discourage banks from bowing to the Israeli threat, and that this is what pushes the powerless people on the street to “solve the problem in their own way, because the Palestinian people view the banks as benefiting from the occupation that exploits and encourages them to break the people’s back and empty the national treasure.”

To remedy the situation, PM Shtayyeh announced late Sunday evening an agreement between the various government agencies that protect security prisoners and the banks, to “freeze the closure of the accounts of released prisoners and their families.”

According to Shtayyeh, the closed accounts can be re-opened next Sunday,” and “work is underway to devise additional solutions that benefit the interests of banks, prisoners, the wounded, and the families of the martyrs” – without disclosing what those solutions might be.

A knowledgeable source told al-Hayat that “the reaction will be worse if the banks shirk their responsibilities, especially in light of the weapons which are being delivered to Jenin.”

According to another source in the Palestinian Authority, the latter “will resort to a remote solution from the banks as a preliminary measure that guarantees the continuation of the payment of salaries, such as cashing checks through banks without accounts in the names of the banned beneficiaries, or taking advantage of the official mail or even by an institution affiliated with the authority.”

In other words, the solution will be to pull the wool over the eyes of the Israeli authorities. It has been done before. 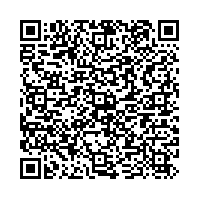