It is well known that Israel cannot afford to lose a war, while its enemies have lost several wars and keep battling Israel anyway. Israel, however, is slowly losing the long-running war for public opinion.

Israel still faces three traditional wars or threats of war: Gaza, Hezbullah, and Iran. The Israeli Defense Forces are continuously planning for these wars and others. Israel studies the threats, builds protective systems, and develops strategies for prevention and counter-attacks. Israeli Prime Minister Benjamin Netanyahu even confidently declared, “We will not allow Iran to achieve nuclear weaponry.”


On the war of public opinion, however, a war that could cost Israel the support of its essential ally, the United States, Israel is falling apart with no apparent plan of attack. Its enemies keep refining their tools, and they are winning battle after battle.

Israel’s weakness is its inability to counter the main anti-Israel narrative, which is that the West Bank (Judea and Samaria) is an apartheid state where Palestinians have no citizenship rights and are oppressed by Israel. While this narrative is misleading and ignores several historical facts, it is still a powerful narrative that is winning converts daily.

The Boycott, Divestment, Sanctions (BDS) movement is a strong component of that narrative, and Israel is fighting it in all the wrong ways. While the official aim of BDS is failing, as Israel’s powerful economy proves, the other aim of BDS, which is to affirm the anti-Israel narrative, is winning, often with the help of Israel and its allies.

Every time that BDS is in the news (some jurisdiction in the world is supporting or denouncing BDS, an artist is canceling or reconfirming a performance in Israel, a group is divesting or refusing to divest from Israel, Israel denies entry to someone who supports BDS, etc), people ask what is BDS, and they learn that it is a movement that claims that Israel is an apartheid state.

For the BDS movement, the real aim is the message, and it is being heard loud and clear around the world, in classrooms, in the streets, in the media, and in political discourse.

The popularity of young anti-Israel politicians such as U.S. Congress representatives Ilan Omar and Rashida Tlaib is not an accident. It is the result of Israel losing the battle for public opinion. Whereas twenty years ago, such politicians would have been quickly sidelined by the Democratic Party leadership, today the party does not dare touch them. Pro-Israel Democrats know that if they go head to head with the likes of Omar and Tlaib, they may not come out the winners.

Morally and probably even legally, Israel has every right to be in Judea and Samaria, and the repeated Palestinian rejections of two-state solutions leave Israel little choice but to police that land, and yet Israel’s side of the story is increasingly hard to sell.

Israel continues to build settlements despite international disapproval, and its prime minister promised to annex parts of Judea and Samaria. Others on the right demand that Israeli law apply to all of area C (most of Judea and Samaria). If all of area C were annexed, the areas left would look like the holes in Swiss cheese. This makes it difficult to explain how Palestinians could one day have a state on that land.

Israel’s strongest argument against its critics has always been that it has no choice but to defend itself while it extends an olive branch, but for Judea and Samaria, that line no longer sells. Israel’s presence there appears very much like an occupation and very much like a choice.

As I wrote previously, the Palestinians have the huge advantage of sympathy because they are weaker, therefore Israel’s narrative would have to be rock solid in order to even have any chance against the Palestinian narrative, but in Judea and Samaria, the Israeli narrative is far from rock solid. Israel’s side of the story, while still very credible if one takes the time to understand all the facts, is increasingly hard to explain.

Under the Netanyahu government, Israel seems to have lost the will to fight the appearance that it does not want a Palestinian state in Judea and Samaria, even if the Palestinians were ready for it.

Many of the talking points used by some pro-Israel advocates, mainly on the right, do not help either: That the Palestinian people does not exist, that Jordan is Palestine, and that Palestinians are better off under Israeli administration than on their own. These talking points convey the message that Israel will never accept the existence of a Palestinian state.

There are strong justifications behind the claim that Judea and Samaria belongs to Israel, and yet Israel has not annexed it nor does it appear to have any plan to annex all of it anytime soon. The reason is obvious. If Israel annexed Judea and Samaria, particularly areas A and B, it would be forced to make a choice: offer citizenship to its Palestinian residents, with all the risks to Israel that this represents, or become officially and undeniably an apartheid state.

In Judea and Samaria, Israel appears to want to have its cake and eat it too. It wants the advantage of controlling this Jewish ancestral land while at the same time not dealing with the consequences of annexing it. This weakness in Israel’s armor is not lost on its enemies.

Some pro-Israel advocates are doing an excellent job of delivering the message that Israel is ready for peace and has always been ready for peace, and that it is forced into wars and into an occupation that it does not want. No one delivers this message better than Israeli writer and speaker Yossi Klein Halevi, the author of the brilliant book, “Letters to my Palestinian Neighbor”, and he is not alone in fighting the battle for public opinion.

Yet, this is not enough. Israel is still losing the battle for public opinion because Israel’s own government is not doing its part. To regain the upper hand in the battle, Israel needs a clear policy in Judea and Samaria, a policy that visibly respects the human rights of Palestinians. Israel cannot continue to want its cake and eat it too.

Maybe Israel’s government believes that peace will come despite the Palestinians and through the help of U.S. President Donald Trump and Israel’s new friend Saudi Arabia, and that public opinion will not matter. Perhaps that is true, but it is a huge gamble that seems improbable and that relies on a fickle and unpopular U.S. president and an even more fickle and unpopular Islamic dictatorship. If the gamble does not pan out, Israel may find itself on the losing end of a war for which it is not prepared. 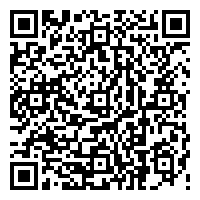