Whether he realizes it or not, this statement by the PA’s own government minister is telling us that Palestinian terrorism is a monumental industry without which Palestinian society could hardly function.

US President Donald Trump, who in the past had said that, “until the Palestinians give up terror and recognize Israel as a Jewish state, a peace agreement will never be reached”, now says that “Abbas wants peace”, but reality does not support that newfound optimism.

To put it simply, Palestinians are paid to be terrorists. They are paid to ensure that the conflict never ends. They are born in a climate of hatred, they are raised with the murderous wages of terrorism, and they are paid to continue the cycle by committing more acts of terror. For any child born in Palestinian society, the odds are stacked against ever becoming anything but a terrorist.

Palestinians did not invent Arab hatred of Jews. There is plenty of it elsewhere in the Middle East. In Lebanon, simply communicating with an Israeli can land a person in jail. Syrian patients who were treated by the Israeli field hospital set up for that purpose must not carry anything with Hebrew writing when they return to Syria because it could get them killed. In fact, Arab hatred towards Jews created the Israel-Palestinian conflict by causing Arabs to reject Israeli independence and launch a war.

Palestinian violence towards Jews has always been intertwined with Arab hatred of Jews, and it is today the main tool used to keep it alive.

As long as Palestinians are led by terrorists, reared to hate, and paid to be terrorists, the probability that peace will come from negotiations with the Palestinians is exactly zero. This is the inconvenient truth of the Israel-Palestinian conflict.

No US leader has ever said that Osama Bin Laden, the former head of Al Qaeda, the organization that planned the 9/11 attacks, wanted peace with the United States of America. No European leader has ever said that Abū Bakr al-Baghdadi, the leader of ISIS, an organization that claimed responsibility for several terrorist attacks in Europe, wants peace with Europe. They do not say these things because they are absurd. Saying that those who maintain Palestinian terror against Israel want peace with Israel is just as absurd, and yet they say it anyway.

Former US President Barack Obama said it for eight years. European leaders say it often. And now Trump says it as well.

The truth is hard for politicians to accept because it means that a solution for the Palestinians must be found in spite of the Palestinians, which is politically incorrect, even for Trump. Yet it should be said.

In finding a peaceful solution, there is no point in involving Fatah, Hamas, or anyone who represents the Palestinians. They have all badly failed their people, and they continue to do so every day. The only hope for peace at this time is a solution imposed by higher powers, such as Egypt and Saudi Arabia. This is where peace efforts should be placed.

Meeting with Abbas is a waste of time and no more than a distraction. Western politicians should find the courage to say this and then move on to real solutions. 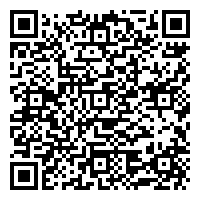