Isaac “Ike” K. Fisher, a real estate investor who grew up in Hollywood, Florida, and today lives in Coral Gables, also Florida, wants his money back.

Fisher, who is involved in many philanthropic projects on behalf of Israel, on Friday sent an enraged email to Deputy Minister in the Prime Minister’s Office and former Israeli Ambassador to the US Michael Oren, detailing a series of punitive measures he plans to take in response to Netanyahu’s government’s decisions last week on conversion and Kotel turf rights.


For one thing, Fisher, who says he bought $1 million worth of Israel Bonds last week, demands his money back, and declares that he is suspending his fundraising efforts for Israel – until the Wall and the conversion are restored to the way he prefers them, Yedioth Aharonoth reported Sunday.

Fisher will most profoundly be putting his money where his mouth is, since, in addition to paying the penalties on early withdrawal, he’s also giving up on one of the most lucrative yields in the safe bonds market: the Sabra Bond currently yields 2.4% after three years; the Mazel Tov and eMitvah bonds each offer 3.25% after five years; and the floating rate Libor Financing Bonds ($100,000 minimum) gets you 2.4% in two years).

Also, Fisher will get to punish Israelis, mostly young ones, directly for the territorial dispute at the Kotel Plaza: as member of the Friends of Tel Aviv University, Fisher offers an annual scholarship in the name of his mother – so that’s one Israeli student who’ll have to hit the job market early (Would you like fries with your burger, Mr. Fisher?). And, of course, there’s the Or Akiva and Yeruham social clubs that will close down, and the soccer club for Ethiopian youths in Pardes Hanna whose operating budget was pledged during Fisher’s son’s birthday party. That’s out the window.

Fisher will exact his revenge not just against individual Israelis, but on a grand scale as well. He plans to suspend his AIPAC membership, as well as his role as Chairman of the UJA Federation of Miami fundraising efforts.

Because Ike Fisher is very angry. “It’s not a matter of Reform and Conservative,” he told Yedioth Ahronoth. “A grave act has been committed here, of contempt for the rabbis and leaders of our communities. They (Netanyahu and the Haredim) say to them, ‘You don’t matter,’ for our women – they say to them, ‘Your Judaism is not Judaism.’ It’s intolerable, and it is our duty to put an end to it.”

“As you know, I actively support Israel,” Fisher wrote Oren (we translated from the Hebrew), “but I want to inform you that my support is suspended until the government of Israel changes its decision regarding the Western Wall and conversion.”

Fisher concluded: “Enough is enough. The time has come for the Israeli government to understand that its constituency includes the entire nation of Israel.”

No, it doesn’t. There are laws about these things. The Israeli government can only take care of Israeli citizens, of all faiths or lack thereof. It’s a nice idea, but not in practice, thank God.

It’s difficult to predict whether offended US Jews who discovered there’s a limit to their political influence in their second-choice country will be able to keep up the turf war much longer. PM Netanyahu has wisely moved for a six-month suspension of both decisions; hopefully the Haredi parties, who drove the entire move under pressure from their own constituents, will restrain themselves and not go after cheap headlines.

As to Isaac Fisher, it’s actually a good thing for a rich man to discover there are limits to what his money can buy. He, too, should be able to recover from his temper tantrum. Or he could make Aliyah and run for the Knesset, a move we would all applaud. Sounds like on normal days he’s both a smart and a generous guy. 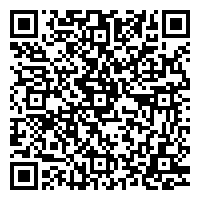