Every time the Jewish people mourn, I am struck by the profound sorrow and the deep humility of the mourning. The death of Israeli-American Ari Fuld, husband, father of four, former Israeli soldier, reservist, and pro-Israel advocate, is no exception.

Fuld was a resident of Efrat, in the Judean Hills of Judea and Samaria (also called the West Bank), named after the biblical place Ephrath. Jews were chased from Efrat by Arab armies in 1948 when they ethnically cleansed Judea and Samaria and Gaza of all Jews. Israel re-established communities such as Efrat after taking Judea and Samaria back from Jordan in the Six-Day War of 1967.


The murder of Ari Fuld by a Palestinian terrorist has brought the Jewish people together in mourning, including left-wing Jews who oppose Jewish settlements in Judea and Samaria. Yariv Oppenheimer, the former director of Peace Now, wrote, “I am totally shocked, sad, and dismayed, also on a personal level”. Uri Zaki, husband of Meretz chairwoman Tamar Zandberg, wrote, “I am shocked and pained [to hear of] the vile murder of my friend Ari Fuld”.

The Jewish people have been mourning together for 3000 years. This relatively small group that brought to the world the concept of monotheism has faced numerous wars, pogroms, and massacres. It even faced the Holocaust. In the last seventy years alone, it has faced countless wars and terrorist attacks from Israel’s neighbors who are far larger, far more populated, and far richer than the tiny Jewish state.

One might think that people who have been attacked and maligned so often and for so long would become mean-spirited, closed-minded, and self-involved, but reality is the opposite of that. While the Jews mourned Fuld’s death, his attacker, whom Fuld shot in his dying moments in order to save others from the terrorist, was taken into an Israeli hospital and his life was saved by Jews.

The enemies of Israel have failed to stop the rebirth of the nation of Israel on its own land, and they will continue to fail. They think that attacks weaken the Jewish people, but every attack – be it a war of annihilation or a terrorist attack – makes the Jewish people stronger and more united.

After every attack, the Jewish people mourn, then they look back at their enemies with ever-growing determination, and they repeat the words that symbolize the spirit of a nation that is like no other: Am Yisrael Chai – The people of Israel live. 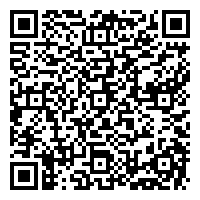