Prime Minister Benjamin Netanyahu on Wednesday night met for close to two hours in New York City with Egyptian President Abdel Fattah al-Sisi, to discuss regional developments and the situation in Gaza, according to a laconic announcement issued by the PM’s office.

Dina Ezzat, writing for the semi-official Al Aharam, cited informed sources who said the one issue that’s high on the agenda of both Al-Sisi and Netanyahu is “Cairo’s ongoing attempts to foster Palestinian reconciliation and mediate a long-term truce between Hamas in Gaza and Israel.”


One European diplomat told Al Aharam that the temporary ceasefire deal negotiated by Egypt between Israel and Hamas could not be turned translated into a long-term agreement because of Israeli demands which Hamas refused to concede, and because of a US objection.

“Cairo tried to convince Washington but it didn’t work. The Americans say they are planning to announce a comprehensive plan for the whole Israeli-Palestinian problem in the coming weeks and they did not want any partial deals ahead of their offer,” the diplomat said.

An Egyptian diplomat told Al Aharam: “The Americans have been working on restructuring the initial draft of their plan and have been consulting with us and other regional players. The Saudis requested some changes but we don’t know exactly how much of the plan that was shared with us was changed and when and how the US is planning to unveil it.”

“Clearly, Egypt will be a central player in any peace initiative when — or maybe I should say if — it is offered. We already are working to pave the way for possible peace moves but we are not sure how things will develop,” the same Egyptian diplomat said.

A spokesman for the presidential palace in Cairo said that the two leaders discussed ways to renew the political process. Al-Sisi stressed that a permanent settlement of the Palestinian issue would contribute to the establishment of a new reality in the Middle East, in which all the peoples of the region would enjoy stability, security and growth. Prime Minister Netanyahu expressed his appreciation for Egypt’s important role in the Middle East and its efforts to fight terrorism and support peace and stability in the region. 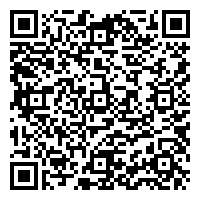