The enemy of Lebanon is Israel, no question, at least if you believe Lebanese politicians. The Hezbollah terrorist organization and its puppet, Lebanese President Michel Aoun, certainly say it often enough.

But Lebanon has good friends, we are told.

Saudi Arabia has provided substantial financial aid to Lebanon, although that money is used to control Lebanese politics, particularly through its Sunni politicians, such as Prime Minister Saad Hariri. Saudi Arabia cuts its funding when it feels that it is not achieving the required results. Hariri recently announced his resignation from Saudi Arabia, a move that was largely seen as a Saudi attempt to discredit Hariri’s coalition government with Hezbollah, but that attempt failed, and Hariri is back in Lebanon.

Syria occupied parts of Lebanon from 1976 to 2005, at which point it left following the Cedar Revolution, a Lebanese popular uprising prompted by the assassination of Prime Minister Rafic Hariri, Saad’s father. The assassination was widely attributed to Syria through its Lebanese ally, Hezbollah.

Iran competes with Saudi Arabia for control of Lebanon. Iran does this through Hezbollah, the only Lebanese armed militia, a militia with a capability that surpasses Lebanon’s legitimate army. Hezbollah plays Iran’s game of maintaining Israel as the supposed enemy of Lebanon. So far, this game has cost Lebanon its second war with Israel (the first Israel-Lebanon war was the PLO’s making), and it is likely to cause a third.

Another friend of Lebanon is France, the former colonial power that used to run Lebanon until the small coastal country achieved its independence in November 1943. France is now for Lebanon not much more than a brain drain that sucks up many Lebanese Christians and even Muslims who leave their country to live there.

The United States is also a friend of Lebanon. “We stand firmly with Lebanon and will continue supporting your country’s efforts to safeguard Lebanon’s stability, independence, and sovereignty,” US President Donald Trump said to Aoun. The fact that one cannot safeguard something that does not yet exist seems to elude the Americans. Like France, the U.S. has no interest in helping Lebanon with its real problem, Hezbollah.

Lebanon’s friends are the type of friends who make you think that you don’t need enemies.

So what about the official “enemy”, Israel?

It is widely believed that Israel tried to reach a peace agreement with Bachir Gemayel who was elected president in 1982. Gemayel, however, was assassinated before he even took office. His assassin was Habib Shartouni, allegedly operating under the orders of Syria’s then-President Hafez al-Assad (father of the current Syrian President).

Israel invaded part of Lebanon once to try to destroy the PLO threat coming from Lebanon, but it has shown no interest in invading Lebanon again. As I explained previously, if no threats or attacks come from Lebanon, Israel will leave its northern neighbor alone.

Unlike Saudi Arabia, Iran, and Syria, Israel has no proxy in Lebanon. Also, unlike France and the U.S., Israel does not whitewash the reality of Lebanon. Israel’s Defense Minister, Avigdor Liberman, said bluntly that “The Lebanese army has become an integral part of the Hezbollah apparatus under its command”, a fact that France and US seem unable to see despite Hezbullah’s dominance of the Lebanese coalition government.

In the Israel-Lebanon relationship, only one side has ever attacked the other unprovoked, and that was Lebanon when it participated in the Arab coalition that attempted to destroy the newly independent Jewish state in 1948.

So, unlike the “friends” of Lebanon who either try to use it or pretend to help it, Israel, the “enemy”, only wants one thing from Lebanon: peace. Something that costs no money, requires no effort, and would leave the Lebanese people free to run their own affairs as they see fit.

Israeli flags in the streets of Beirut?

But peace for Lebanon will remain only a dream as long as Lebanon’s friends want everything other than peace. Iran and Syria are happy to use Lebanon to fight Israel and to keep their proxy, Hezbollah, strong and dominant. Saudi Arabia would seemingly be happy to see Israel fight Hezbollah in Lebanon in order to weaken Iran.

For a patriotic Lebanese person today, for someone who wants peace and prosperity in what used to be known as the Switzerland of the Middle East, a friendship with what Lebanese politicians insist on calling the “enemy” is the only logical choice.

If the Lebanese people marched in the streets of Beirut today carrying the Israeli flag, they would be supporting the one country, out of this bunch, that does not want to use them as cannon fodder but that recognizes that they will be cannon fodder if they continue on their current trajectory.

But the Lebanese people are not likely anytime soon to march in the streets of Beirut carrying the Israeli flag. Too many of them are brainwashed to hate Israel, and anyone who carries an Israeli flag in Lebanon is not likely to live long.

The Cedar Revolution led nowhere because political power means nothing when the politicians and the people live with Hezbollah’s guns to their heads.

Lebanon needs a new and real Cedar Revolution, a revolution in which Hezbollah would be disarmed and its terrorist leaders jailed. But the countries that have any chance at all of making this revolution possible are happy to wine and dine with Lebanon’s puppet leaders and to ignore the real problem. 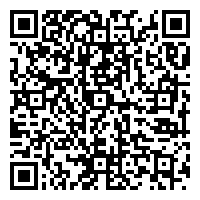