First, let’s not mince words. Israeli military presence outside of the green line (the line set out in the 1949 Armistice Agreements between Israel and the Arab states of Egypt, Jordan, Lebanon, and Syria after the war of independence) constitutes occupation except in areas that were annexed, such as East Jerusalem which I believe should be part of Israel, as I wrote in Jerusalem Online. The finer legal discussions of what is “occupation” versus “disputed” or whatever do not matter on the ground. To Palestinians who live under Israeli control without having any right to choose the Israeli government, it looks like occupation, it sounds like occupation, it feels like occupation, and it is occupation.

Unfortunately, for large numbers of observers of the Israel-Arab conflict, this is where their understanding of the conflict ends: Israel occupies the West Bank, therefore Israel is bad and the Palestinians are the poor defenseless victims. Reality, however, is quite different.

Reality is that Arab leaders, including Palestinian leaders, have never offered a reasonable alternative to Israel’s occupation (I explained in Gatestone why the Arab League’s peace initiative is not reasonable). They have offered war and terrorism, no doubt. They have been offering those for 69 years. But never a reasonable alternative. They rejected the 1947 UN partition plan, and they rejected every attempt at peace made by Israel, as I also demonstrated in Gatestone.

Alan Dershowitz wrote recently, “When the Palestinian leadership and people want their own state more than they want there not to be a state for the Jewish people, the goal of the 1947 U.N. Resolution – two states for two peoples – will be achieved”. I.e., there would no longer be an Israeli occupation.

Instead of supporting two states for two peoples, President Abbas incites violence against Israel, a fact that U.S. President Donald Trump learned recently after having initially believed Abbas’ version of the conflict. “You tricked me in DC! You talked there about your commitment to peace, but the Israelis showed me your involvement in incitement”, yelled Trump at Abbas.

Until the Palestinian leadership accepts the existence of a Jewish state, there is no reasonable alternative to the Israeli occupation of the West Bank. Unconditionally leaving the West Bank into the hands of terrorists who are obsessed with killing Jews is not an option. The anti-Israel mob’s demand to “end the occupation” does not mean anything in practical terms. It is only a call for hatred.

Until Abbas or some other Palestinian leader finds the courage and strength to reach a reasonable deal with Israel that achieves the concept of two states for two peoples and that protects Israel’s security, or until he is pushed into doing so, there are only two alternatives: occupation or free-wheeling terrorism from the West Bank that would help no one (see Gaza as an example). Occupation is the only reasonable alternative, and saying otherwise is pure hypocrisy.

So until the Palestinian position changes, I support the Israeli occupation of the West Bank, and I am proud to do so. 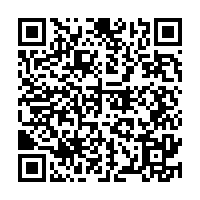