Rabbi Meir Zlotowitz, founder of ArtScroll Publications, passed away on Friday at age 73.

A graduate of Mesivta Tifereth Jerusalem in downtown Manhattan, Rabbi Zlotowitz joined a graphics studio named ArtScroll Studios, which produced brochures and wedding and bar mitzvah invitations. He then hired a man who would reinvent Jewish publishing with him, a yeshiva principal named Rabbi Nosson Scherman, to write copy. In Purim of 1975, the two men published an English translation and commentary on the Book of Esther, which sold 20,000 copies in two months – an unrivaled success in the Orthodox publishing world.


With much support from the leaders of their generation, Rabbi Mosehe Feinstein and Rabbi Yaakov Kamenetsky, to name but two, Rabbis Zlotowitz and Scherman grew their innovative enterprise, publishing English translations of Biblical and Talmudic books, as well as extremely popular prayer books for weekdays, Shabbat, and holidays.

By 1990, ArtScroll had produced more than 700 books, including novels, history books, children’s books and even secular textbooks, and became one of the largest publishers of Jewish books in the United States.

In 2004, Rabbi Zlotowitz became chairman of the Mesorah Heritage Foundation, ArtScroll’s fundraising arm, whose mission is “to preserve Jewish heritage and foster Jewish scholarship through the publication of classic Judaic works in translation.”

Rabbi Zlotowitz et al’s most ambitious endeavor was the publication of the Schottenstein English Edition of the Talmud. This monumental, 73-volume work was published one tractate at a time, and completed in 2005 after fifteen years of painstaking labor. The worldwide impact of the Schottenstein Talmud has been unprecedented, offering thousands of Jews access to the Talmud.

Rabbi Zlotowitz was survived by his wife Rachel and their four sons and five daughters. 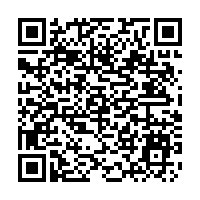