Joseph Levine is Professor of Philosophy at the University of Massachusetts, Amherst, and he has published an essay in (where else?) the New York Times, in which he argues that the proposition ‘Israel has a right to exist as a Jewish state’ is false.

There are many things in the article to complain about, but I am going to content myself with pointing out the single massive howler by which his argument collapses.

…insofar as the principle that all peoples have the right to self-determination entails the right to a state of their own, it can apply to peoples only in the civic sense…

“Any state that ‘belongs’ to one ethnic group within it violates the core democratic principle of equality, and the self-determination rights of the non-members of that group” [my emphasis].

His exposition is much more lengthy and you should read it. But I think I have extracted the gist of it.

Interestingly, while he explains what he means by ‘a people’ and draws a distinction between two senses of the expression, he does not even hint about his understanding of the concept of ‘democracy’ and especially “the core democratic principle of equality,” the violation of which he believes disqualifies Israel from continued existence as a Jewish state.

The distinctive position of [a favored ethnic people] would be manifested in a number of ways, from the largely symbolic to the more substantive: for example, it would be reflected in the name of the state, the nature of its flag and other symbols, its national holidays, its education system, its immigration rules, the extent to which membership in the people in question is a factor in official planning, how resources are distributed, etc.

Actually, concerning the “more substantive” things, Arab citizens of Israel are doing quite well: they have the right to vote, to hold political office, and a large degree of control of their educational system; there are rules against discrimination in housing and employment (with exceptions related to national security), etc. In other words, they have full civil rights.

Naturally there are differences in the treatment of Jews and Arabs. Some are due to cultural differences — Arab towns are governed by Arabs and distribute resources differently — some are related to security, and some to anti-Arab prejudice. But the degree of prejudice in Israeli society is not particularly great compared to other advanced nations like the U.S., and nobody is suggesting that the U.S. does not have a “right to exist” unless all discrimination can be eliminated.

In any event, discrimination in what he calls “substantive” ways are not essential to the definition of Israel as a Jewish state, and there is a general consensus that such discrimination is wrong and should be eliminated.

Levine also does not consider security issues at all. If Israel ignored them it would cease to exist without philosophical arguments. This would be bad both for the Jewish and Arab citizens of Israel (just ask any of them if they would prefer to be citizens of Israel or the Palestinian Authority). 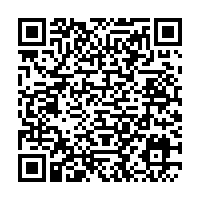