Now Barak is saying that the critical point — which was originally estimated to be right around now — will not be reached until “next spring or early summer.”

One way of looking at it is that nothing has changed — Israel has simply refined its estimate when all factors are taken into consideration.


But the immunity zone is not only a technical concept. It has political components also, the most important being the possible reaction of the US to an Israeli strike on Iran. I argued some months ago that the attack would likely come before the election, when the Obama administration would be concerned not to appear hostile toward Israel.

Unless something happens in the next few days, I was wrong about that. My guess is that the administration managed to persuade Barak that a re-elected Obama would provide backing for an attack, or at least non-interference.

The question that comes to mind is “where is Bibi Netanyahu on this?” We know that Barak met with Obama’s confidant Rahm Emanuel on a visit to the US in October, causing Netanyahu to reprimand him for an “uncoordinated” meeting.

Ehud Barak is a very ambitious man, and one supremely convinced of his abilities. It’s well-known that he thinks he would be a better Prime Minister than Bibi (or anyone else). Obama doesn’t like or trust Bibi, and in fact tried to replace him with Tzipi Livni, who strongly supported Obama policy toward the Palestinians. Given these facts, it’s easy to speculate that the administration promised to help Barak (who is also closer to Obama on the Palestinian issue) replace Netanyahu, in return for his pliability on Iran.

I am not saying that Barak has put his personal interests ahead of those of the state. But these issues are complicated and given to interpretation; perhaps there was a whole constellation of promises about what a new Obama Administration would do in regard to Iran and Barak himself. It’s hard to exaggerate the pressure that an American administration can put on Israel, so we can assume that there were sticks as well as carrots employed.

If this isn’t enough, let’s ask why Iran decided now to slow down its dash for the bomb, thus making it possible for Barak to back down in return. Perhaps it was a result of the secret meeting between administration representatives and the Iranians in Doha, Qatar on October 1 (see also here)? This meeting was said to include yet another close Obama confidant, Valerie Jarrett.

What a tangled web they weave! 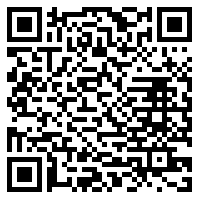