For some years, Tammi Rossman-Benjamin has been almost the sole faculty voice in the University of California system speaking out against harassment of Jewish students who support Israel. Here is an excerpt from a complaint she filed with the U.S. Department of Education Office of Civil Rights in 2009:

Professors, academic departments and residential colleges at [The University of California, Santa Cruz] promote and encourage anti-Israel, anti-Zionist and anti-Jewish views and behavior, much of which is based on either misleading information or outright falsehoods. In addition, rhetoric heard in UCSC classrooms and at numerous events sponsored and funded by academic and administrative units on campus goes beyond legitimate criticism of Israel.  The rhetoric – which demonizes Israel, compares contemporary Israeli policy to that of the Nazis, calls  for the dismantling of the Jewish State, and holds Israel to an impossible double standard – crosses the line into anti-Semitism according to the standards employed by our own government. …

The impact of the academic and university-sponsored Israel-bashing on students has been enormous.  There are students who have felt emotionally and intellectually harassed and intimidated, to the point that they are reluctant or afraid to express a view that is not anti-Israel.

In the snake pit of academia, where unfashionable explicit Jew-hatred has morphed into enthusiastic and widespread over-the-top anti-Zionism, Rossman-Benjamin stands out — even among pro-Israel faculty members, most of whom are happy to  keep their mouths shut and their noses clean for the sake of promotions and tenure.


Now it seems that her enemies have decided to make an example of her, attributing to her the worst possible sins — the 21st century equivalent of witchcraft — racism and Islamophobia.

In the fantasy world of our universities, being accused of crimes against political correctness can get you in big trouble. And there is a degree of viciousness there that those of us who live on Earth and have real jobs can barely imagine. Rossman-Benjamin recently wrote a letter to University of California President Mark Yudoff, where she wrote in part,

… I have recently come under a vicious and unjustified personal attack from a pro-Palestinian student group on my campus, the Committee for Justice in Palestine (CJP) and members of affiliated Students for Justice in Palestine (SJP) groups on other UC campuses. They claim that I made “openly racist” and “Islamophobic” comments about the SJP and Muslim Students Association (MSA) during a talk I gave at a synagogue near Boston last summer. …

Most recently, in response to a 2-minute video clip taken from a much longer video of my talk last summer, the UCSC CJP and affiliated SJP groups on other UC campuses have not simply voiced dissent but waged a virulent and harmful campaign to assassinate my character that includes: posting and promoting a defamatory on-line petition accusing me of racism and censorship and calling on you to condemn me; widely posting defamatory flyers about me on the UCSC campus; launching over a dozen videos about me on YouTube that wrongfully accuse me of being “hateful,” “dangerous,” and “Islamophobic;” instructing SJP studentsUC-wide to fill out hate/bias reports against me on their respective campuses; passing libelous resolutions condemning me for my “inflammatory, hateful, and racist assumptions” in the UC Berkeley, UC Santa Barbara, UC Davis, and UC Irvine student senates; and, perhaps most egregiously, appearing to collaborate with groups sympathetic to terrorists (e.g. the International Solidarity Movement) and associated on-line publications (e.g.Electronic Intifada and Mondoweiss) to more widely circulate these defamatory materials about me.

Please understand that the CJP/SJP’s targeted and well-orchestrated campaign of intimidation, harassment, and defamation has caused me to feel real concern for my safety and my ability to carry out my responsibilities as a faculty member at UCSC.

It is no longer remarkable that supporters of the most racist, misogynist, homophobic, intolerant, anti-free-speech and violent forces in the world today — for example, Hamas — take shelter behind Western concern for the complete opposite of all of those. They are expert at the game of political correctness (here is another example). At the same time, their behavior conveys veiled physical threats against their targets.

I find it interesting to recall the atmosphere on campus when I went to school, before the upheavals of the mid-1960′s. One significant difference was the attitude of the Jewish students, who weren’t cowed and apologetic, still not having been beaten into submission to the idea that the Jewish state was an evil, apartheid, Nazi-like oppressor of ‘indigenous’ brown Palestinians. How this happened is a long story, but there certainly is no hope for reversing it if the few faculty members who can serve as models and mentors for Jewish students are intimidated or even driven out.

Check out Rossman-Benjamin’s request for letters of support here. 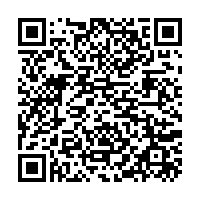