The president is going to nominate Chuck Hagel for Secretary of Defense.

Over the last few weeks, just like when the plan was to appoint Arabist Chas Freeman to a sensitive intelligence post, the strategy for the appointment has been to leak the planned appointment, then respond to opposition by ‘Israelifying’ the objections, and ‘Jewifying’ the opponents.


In other words, administration surrogates are doing their best to make the public think that objections to Hagel are all related to his anti-Israel politics (don’t just ask me — ask Iranian Press TV), and that opponents to his nomination are doing the bidding of the ‘Jewish Lobby’ (as Hagel himself called it).

Freeman’s Saudi and Chinese connections did him in. He wasn’t a member of the Senate who could expect to receive many votes out of collegial courtesy. The administration saw the handwriting on the wall and didn’t push it.

But this time the calculations are that Hagel can make it. This is despite the fact that many Senators will vote against him because his positions on issues of national security and foreign policy are far to the left of the mainstream for that body. What can you say about someone who opposed economic sanctions on Iran and a resolution calling Hizballah a “terrorist organization,” and suggested that the US president negotiate with Hamas?

It’s not as though there aren’t other good candidates, including some who are much more experienced in the details of running the complicated defense establishment, such as the highly competent Michelle Flournoy.

Unfortunately, the administration has succeeded in making the issue of Hagel all about Israel and Jews, rather than about a potential Secretary of Defense with little practical experience who seems to think that a nuclear Iran is acceptable. One wonders if the president himself views it this way, and sees the nomination as a way to punish and humiliate Israel (and perhaps the “Jewish Lobby”).

That would be really, really stupid, a classic case of allowing the anti-Israeli tail to wag the dog of real American interests. 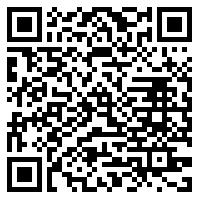