The always-perceptive Daniel Gordis explains the significance of the ludicrous and stunningly narcissistic decision to award the Nobel Peace Prize to the dysfunctional European Union:

The Nobel Committee noted that “the dreadful suffering in World War II demonstrated the need for a new Europe.” Who understood that better than the Jews, millions of whom had been exterminated in Germany and Poland with little response from the rest of the world? But as they staggered out of what remained of postwar Europe, the Jews drew conclusions about their future that immediately put them at odds with Europe’s forward-thinkers.

Thus, the Jewish state, without question the world’s highest-profile example of the ethnic nation-state, emerged onto the international stage just as Europe decided that the model had run its course. That is why historian Tony Judt called Israel “an anachronism,” urging that it be dismantled.

Widespread European disdain for Israel, while certainly fueled by both the enduring Israeli-Palestinian conflict and Muslim immigration to Europe, was thus all but inevitable.

Yes, Israel affords civil rights and freedom of worship to its many minorities; but it makes no attempt to deny that there is one specific people, one particular narrative, one religion to which is it most centrally committed. The State of Israel is, to paraphrase Lincoln, “by the Jews, of the Jews and for the Jews.” How could those who labored to create the European Union not consider the very idea of a Jewish state anathema?

Of course, Gordis is right. And not only does the EU’s ideological problem with Israel express itself at the UN and in the EU’s expensive support for the Palestinian cause, but a continuing (and also expensive) attempt to subvert Israel’s democratic government byfunding extreme left-wing NGOs in Israel.

In fact, it’s not only the Europeans, but many who call themselves ‘progressives’ in the US who criticize Israel for its Jewish nationalism, which they wrongly characterize as ‘racism’. Here in America, the Left can put its money where its anti-Zionist mouth is by donating to theNew Israel Fund.

Zionism, Israel’s leaders must begin to insist, should not be seen as the last gasp of a discredited worldview, but rather as a millennia-old claim that human difference is noble and that the preservation of ethnic distinctiveness is a deep-seated and natural human aspiration.

I certainly agree, but how can I fail to notice that it is only Jewish nationalism that evokes such a negative reaction on the part of the Europeans and the Left? They don’t seem to have a problem with ethnic homogeneity in countries like Japan (which is now dealing with foreign workers who don’t want to go home in a poor economy), nor to a great extent with the ethnic chauvinism of Arabs, the doctrine of Muslim superiority in Islamic nations, or the real and blatant racism in Saudi Arabia or the Sudan.

No, I’m afraid that there’s more to it than just an ideological disagreement! 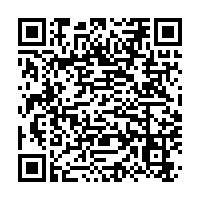