On October 8, 2016, the Palestinian Authority expect to be holding municipal elections. These elections are being held  for Palestinians to elect local councils for PA villages, towns and cities. Among some of their responsibilities, these councils oversee the electricity and water to the PA areas that are supplied by Israel. There are a total of 416 local councils throughout Judea, Samaria and Gaza. The two main factions who will be running in these elections are, of course, the PA/Fatah and Hamas.

I watch from the sidelines, as any other Israeli, and await what form of government and/or chaos will sprout forth from these elections. However, I asked myself this morning: Why do I need to sit in the sidelines? I look at our Knesset and see eleven parliamentarians who are  Arab and among them is one who has built for herself a very successful career in her position. Haneen Zoabi has been vilified and raked over the coals on numerous occasions; calls for her expulsion from the Knesset come on a daily basis.


And yet, the fact that even she can “serve” in the Knesset has shown and proven to the world that indeed Israel is a true democracy. She not only works in the Knesset but earns a hefty salary, has a car and a staff all paid for by Israeli citizens. Where else in the world could a sitting member of parliament be able to rail against the very State to which she has sworn allegiance, call its military Nazis, actively work to destroy the country both politically and economically…all the while earning a salary for this! What a country! What a democracy….!

In that spirit, and using the Zoabi model, I wish to take a bold step: I hereby announce my candidacy for the PA Municipal Elections. I understand that this comes with a heavy responsibility. And, in order to make sure my constituents have a full grasp on what my qualifications are and what my platform is, allow me to lay out my qualifications  and my platform with post-election plans, as I sit in the PA Municipal Council.

I have lived my whole life in democratic countries and, as such, I am quite qualified to explain to the Arab parties what this concept truly means. As a former pulpit rabbi of a community, where I helped arbitrate and negotiate between members of our community, I gained many skills that will be useful in the Council. Although no community member ever tried to stab another one where I come from, as happens among Arab clans, I still believe my longstanding career in mediation will assist me in  many areas, especially family/clan issues.

This is merely a partial list of my platform. I seek to improve the lives of those living under harsh rule which can get much worse depending on who wins the Municipal elections. After all, the happier the citizens of the PA are the less they will be focused on murdering Israelis.

So, MK Haneen Zoabi, thank you for the brilliant idea! Infiltrate your enemy in legal and legitimate means and try to get your tasks done that way. You are the guiding light here, and for that I thank you.

I still need a name of my political party. Please feel free to comment with a suggestion of a name. The winner will be treated to a night in the Five Star “Tunnel Vision”  in downtown Rammalah…breakfast included. 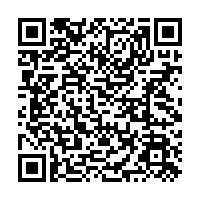